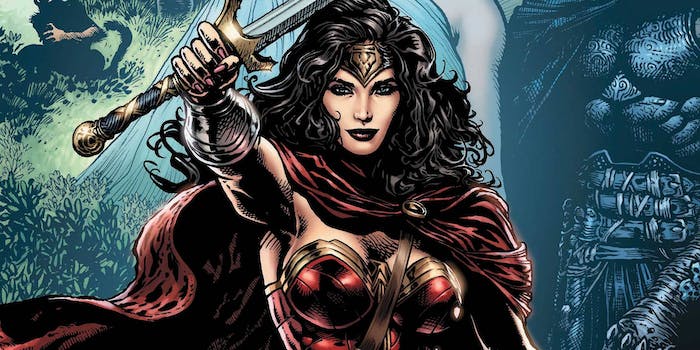 After 75 years of subtext, we now have confirmation that Wonder Woman is attracted to other women.

Wonder Woman is canonically queer, according to her current writer Greg Rucka.

In an interview discussing his work on DC‘s new Wonder Woman comic, Rucka confirmed that the character is attracted to women.

This news will come as a bombshell to some fans, but for many people it’s just official confirmation of something they already knew. Wonder Woman’s queer subtext was already there, from her upbringing on the all-female island of Themyscira to the background of her creator, William Moulton Marston, who lived in a polyamorous relationship with two women.

In a comic last year, Wonder Woman pointed out that there is no such thing as “gay marriage” among the Amazons—it was simply known as “marriage.” And in Jill Thompson’s new retelling of her origin story, published this week, Wonder Woman’s formative relationship is a crush on a stable girl named Althea. 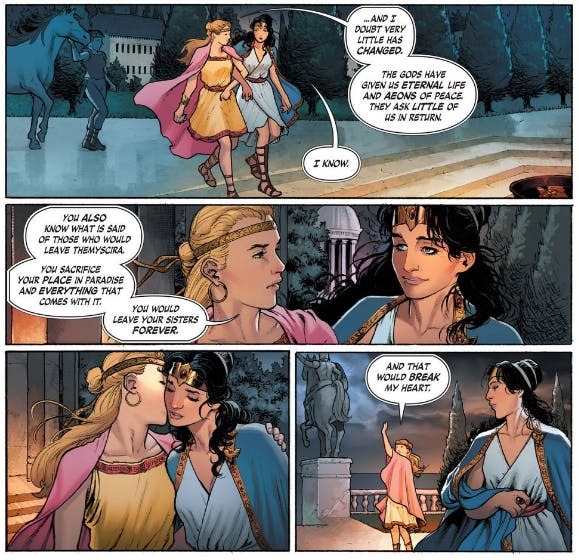 Speaking to Comicosity, Greg Rucka explained that it “makes no logical sense” to assume that Wonder Woman or any of the Amazons are straight. “When you start to think about giving the concept of Themyscira its due, the answer is, ‘How can they not all be in same sex relationships?’ Right?”

However, he also takes care to avoid ascribing modern, Western views of sexual identity to Wonder Woman. “An Amazon doesn’t look at another Amazon and say, ‘You’re gay.’ They don’t. The concept doesn’t exist.”

It’s clear that Rucka and artist Nicola Scott put a great deal of thought into their depiction of Wonder Woman’s sexuality. Their approach is that of course Wonder Woman has had relationships with other women—although Rucka expressed a distaste for having a character explicitly announce their sexuality, describing coming-out scenes as “bad writing.”

This opinion will be controversial because there’s a long history of audiences ignoring a queer character’s sexuality unless it’s stated outright on the page. There’s a good chance that many fans will continue to assume Wonder Woman is straight, even while reading Scott and Rucka’s comic. But this interview is still an exciting moment in the character’s 75-year history, an official confirmation that one of DC’s top three characters is canonically queer.