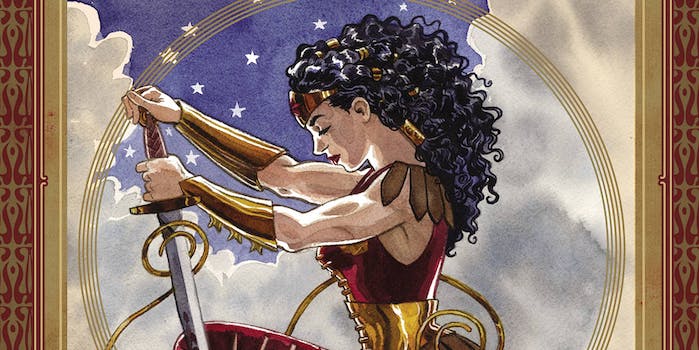 This new graphic novel is an ideal introduction to Wonder Woman's beginnings in the all-female Amazons.

It’s strange to realize that despite her worldwide fame, Wonder Woman’s origins are nowhere near as widely known as Batman‘s or Superman‘s. She’s more likely to be seen as a fully-formed hero, which is why Jill Thompson had room to retell the prologue to Diana’s life as Wonder Woman—beginning with how the Amazons created their all-female society on the island of Themyscira.

Like Marvel‘s Thor, Wonder Woman is a superhero with one foot planted solidly in the world of ancient mythology. Fleeing attacks from Herakles and mortal men (and amorous advances from Zeus, a common theme in Greek myths), the book begins with Queen Hippolyta leading her Amazon warriors to create a matriarchal paradise on the island of Themyscira. The one thing Hippolyta misses, in classic fairytale fashion, is a child.

Jill Thompson’s storytelling style and vibrant watercolor art feel more like a children’s mythology book than a superhero story, creating a fanciful world with the rhythmic narration of a much-repeated legend. As Diana grows up, it becomes clear that her main enemy isn’t a monster or supervillain, but her own immaturity and ego—another familiar trope among ancient warrior hero tales. As the only child of the Queen in a childless nation, she has everyone under her thumb. 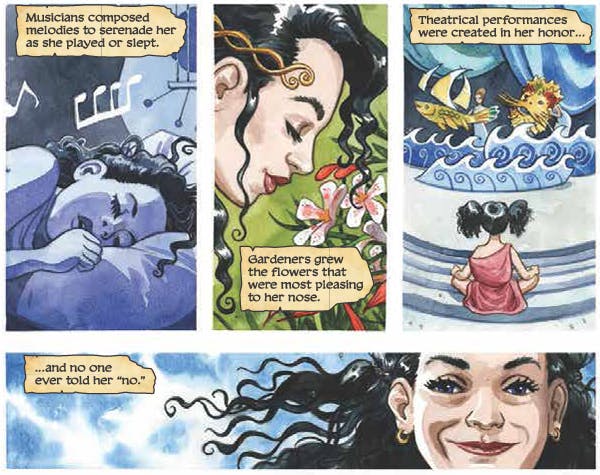 Following the formula of many Greek myths, it’s not hard to predict what will happen: Diana is sure to be brought down by her own hubris. As the princess of Themyscira and later a hero in her own right, there’s nothing stopping the young Diana from becoming completely full of herself—until she meets Althea the stable girl, a new character introduced by Thompson to provide a lone foil for Diana’s hotheadedness.

Diana’s obsession with Althea is an obvious nod to Wonder Woman’s queer roots, dovetailing with the book’s feminist view of Amazon culture. Just as Thompson chose to retell a version of Diana’s conception that didn’t require a traditional pregnancy, she subtly confirms that the Amazons are not exactly pining for romance from men. As Wonder Woman said in a comic last year, “My country is all women. To us, it’s not ‘gay’ marriage, it’s just marriage.” 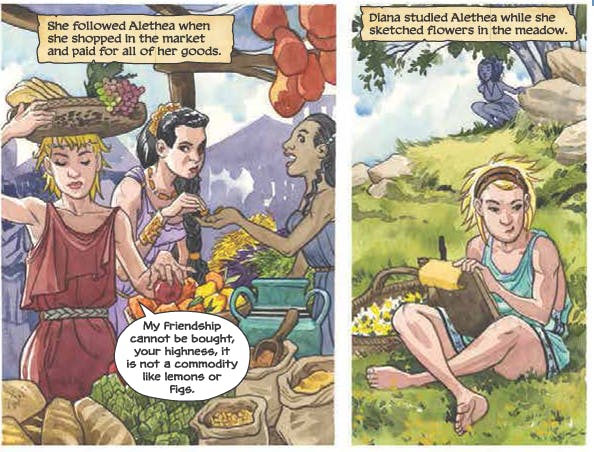 Wonder Woman: The True Amazon comes at exactly the right time for the audience of next year’s Wonder Woman movie, which will focus heavily on Diana’s upbringing among the Amazons. It’s an ideal introduction for new readers, but thanks to its fairytale style, it will still seem fresh to longtime fans of more traditional superhero books.

Wonder Woman: The True Amazon is out on Sep. 28.