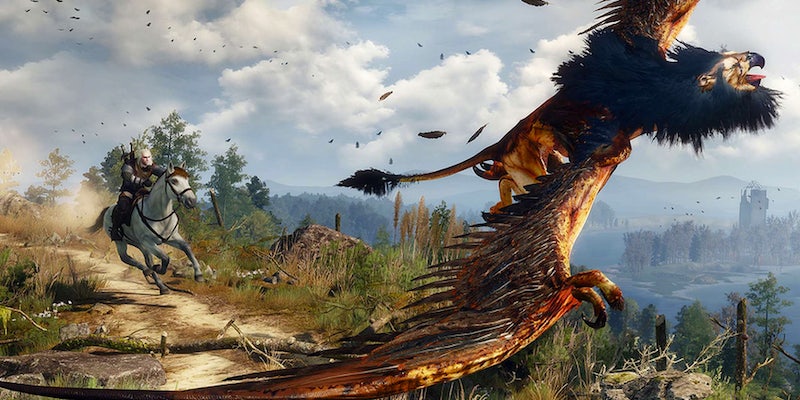 A first look at The Witcher III: Wild Hunt

We got our hands on the next Witcher installment, due out in May.

If your multi-genre gaming habits are anything like mine, then you only have time to thoroughly play a couple open-world adventures in a given year.

And if you’re a variety-seeker, you’re sure to change up the settings, like going from revolution-era Paris in Assassins Creed Unity to the fictional expanse of Thedas in Dragon Age Inquisition. The latter, Bioware’s latest, only came out last November, so it would be reasonable to not develop a craving for another 100-plus-hour-open-world trek in a fantasy setting at least until the next holiday season. That is, unless you’re talking about The Witcher series.

CD Projekt’s game series—which is part of the Polish medieval fantasy franchise of the same name—plans to release its third mainline installment, The Witcher III: Wild Hunt, on May 19. I had the opportunity to get some hands-on time with a preview build of the game, and looking beyond the bugs the come with all works in progress, playing the first couple hours did more than enough to affirm my anticipation and cautious optimism for Wild Hunt. 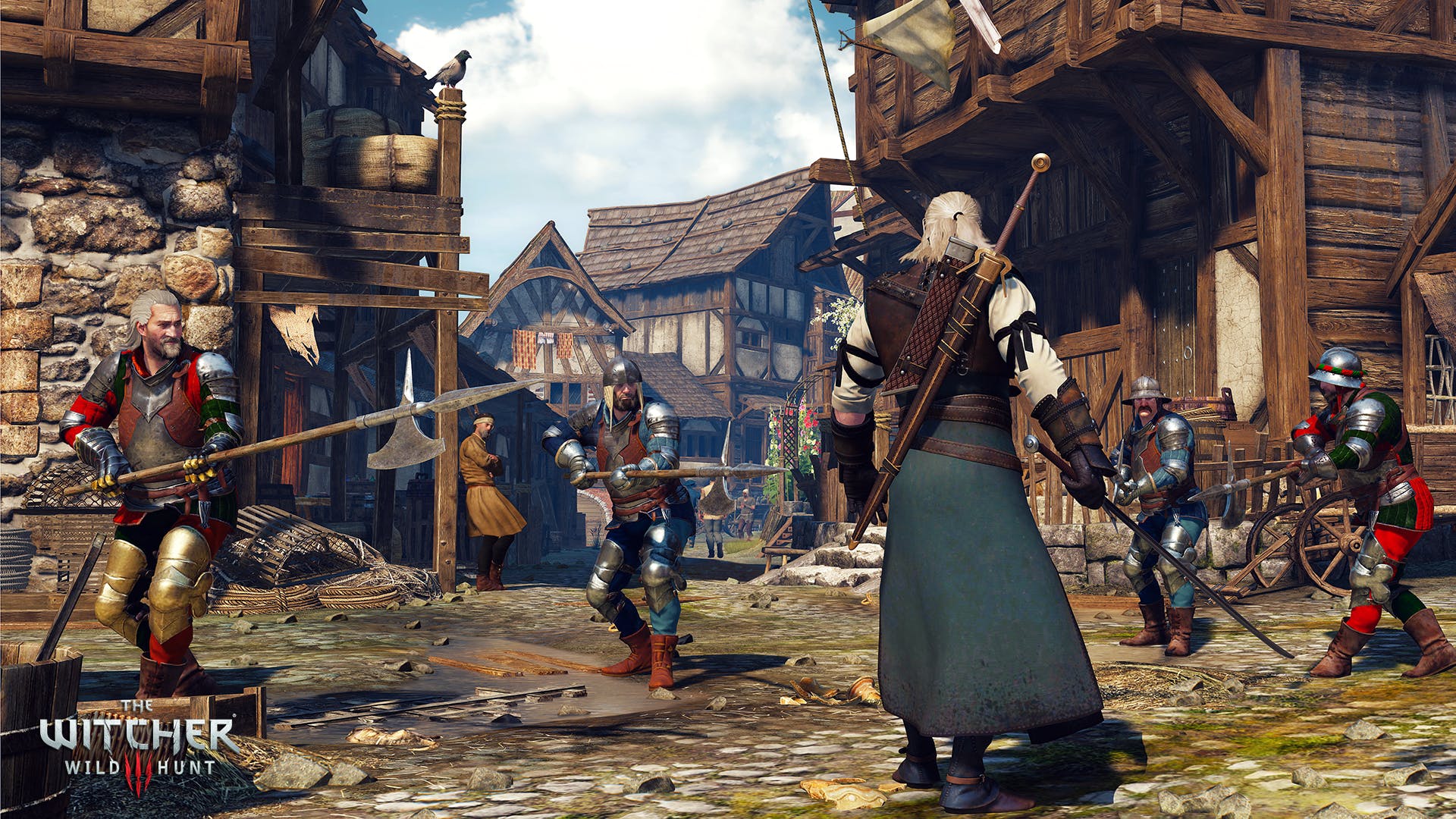 From the Ace Attorney series to L.A. Noire, clue-hunting and interviewing NPCs can make for engrossing gameplay, provided that the investigation is compelling enough to begin with. A perfect example of how crime solving didn’t positively add to the experience was last year’s Assassin’s Creed Unity. Arno Dorian’s hunt of homicidal conspirators seldom felt rewarding. It was more like a playthrough padded with one too many Templar collaborators as assassination targets. The search for clues has always been a key element in The Witcher game series and Wild Hunt is no exception. This style of play works for The Witcher for a number of reasons, the foremost being that series protagonist, Geralt of Rivia, is very good at what he does. There are also few fantasy games that intertwine this examination and study into gameplay and narrative.

Geralt owes some of his success and expertise to his enhanced senses, particularly his cat-like eyes. The investigative scenes in The Witcher are also involving because of the even mix of deduction through evidence, discovery, and questioning eye-witnesses. Watching him piece together a brutal attack by a griffon makes me want to spend an afternoon watching C.S.I. His evidence gathering isn’t as granular as L.A. Noire, but using Geralt’s super-vision talents to find blood spatter isn’t any less engrossing. 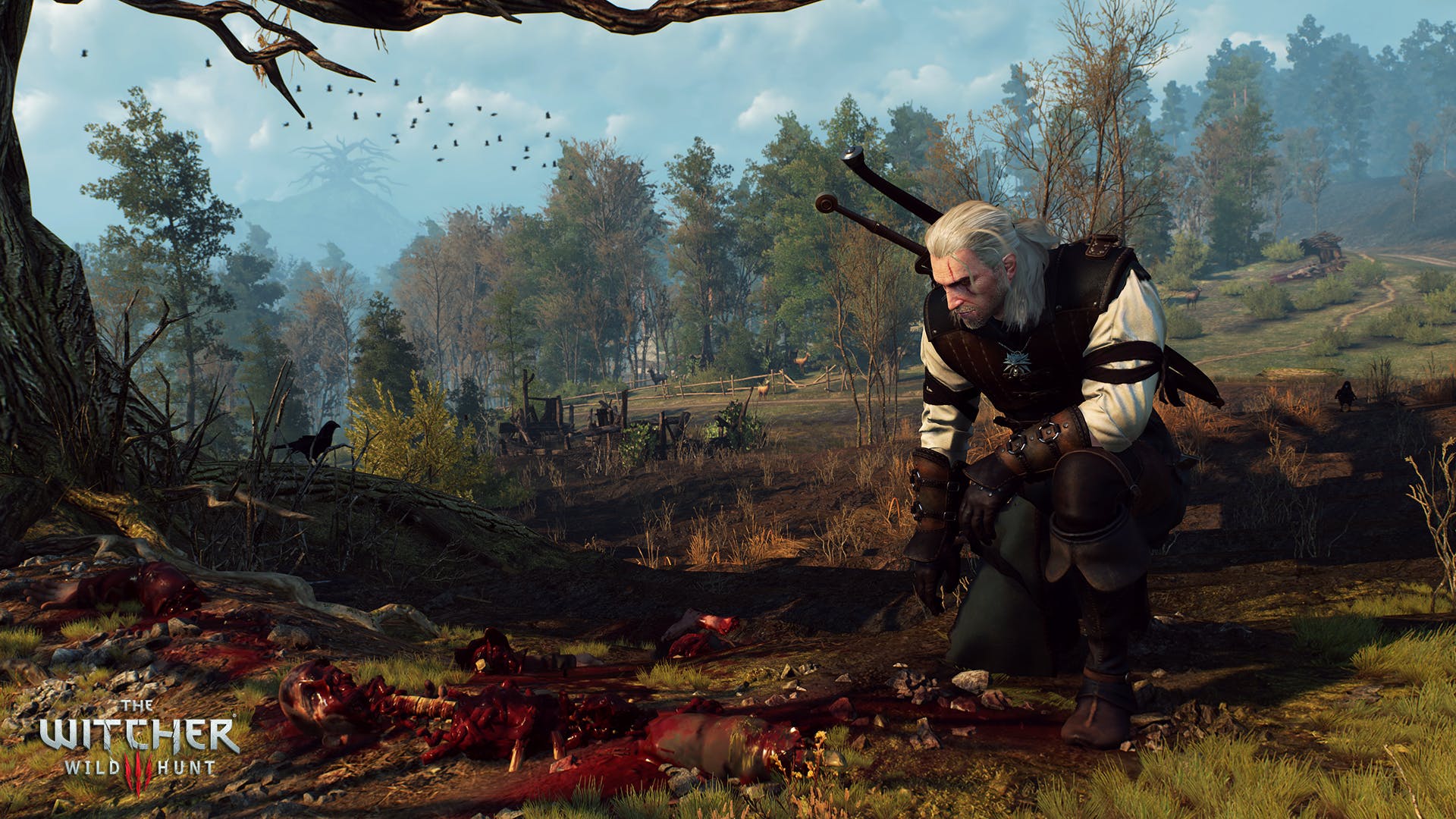 The trigger-button ease of activating Geralt’s enhanced vision is just one of the many control improvements made to Wild Hunt. For as well as The Witcher II controlled, one can argue that the tutorial was almost too thorough. The tutorial in Wild Hunt is more streamlined and less verbose, not an easy thing to do, especially when this third installment also introduces climbing. Its combat rewards a diverse repertoire, from mixing quick and heavy attacks, to using spells and parrying moves.

As part of a race of specialists for hire, Geralt is used to cold welcomes and locals who are reluctant to help. But all are aware of the talents of the witchers, who are sought after when needed and reviled when everything is at peace. They’re quite like mercenaries with modest Jedi powers. The opening hours provide many chances to use mind tricks on villagers. These opportunities are often part of a selection of responses you have to pick from in order to make progress in an investigation. Given the limited time of the preview event, I wish I had experimented with other replies that didn’t involve mind tricks, like assertive coercion. I’m also certain that these powers won’t work on NPCs with stronger mental fortitude later in the game. 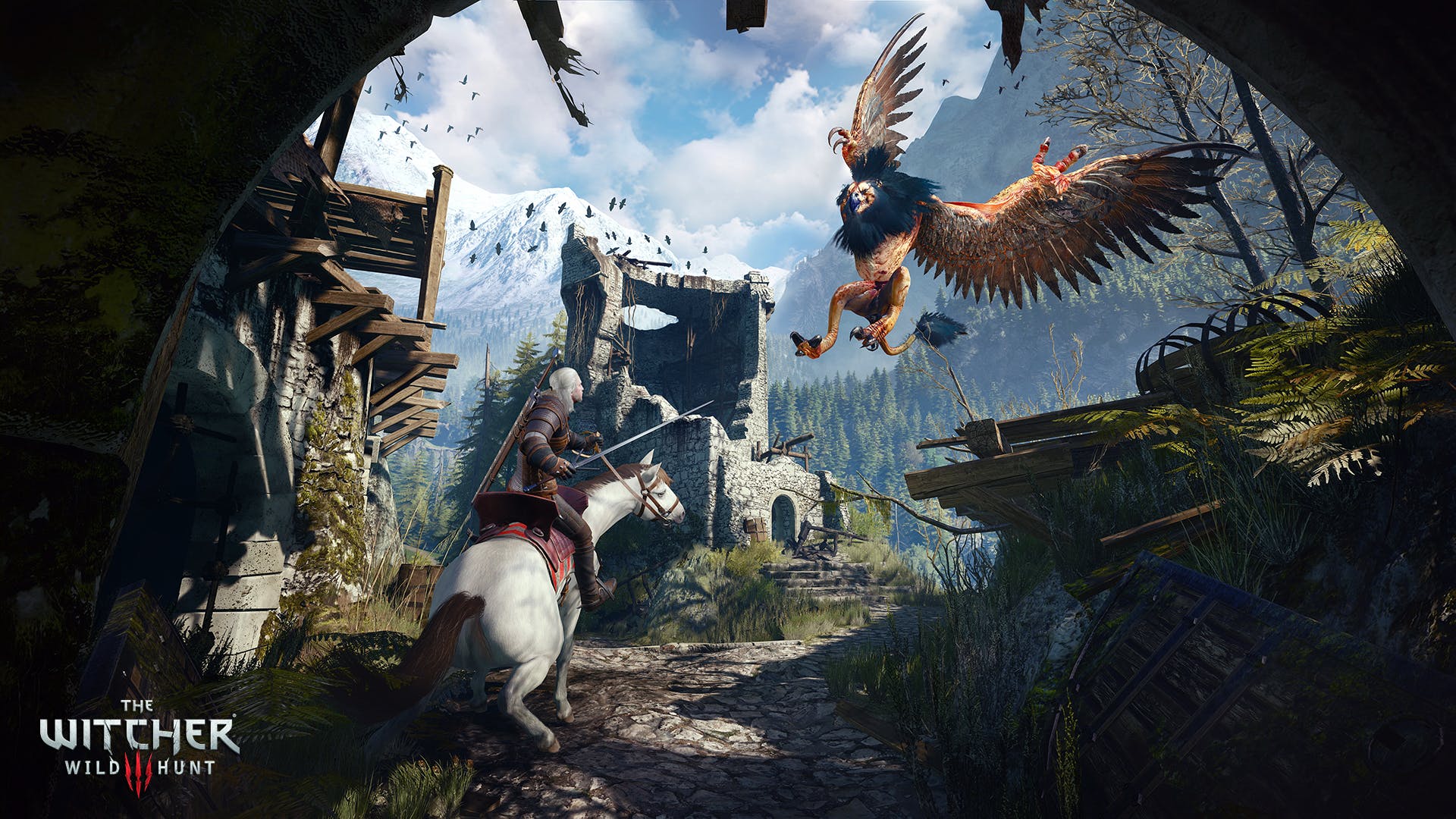 Beyond Geralt’s day-to-day adventures and adversities, the world of The Witcher offers some of the most creatively conceived fantasy settings you will find today. Perhaps because it’s developed in Poland, this series has few Tolkien-inspired tropes, lore, and story devices. This circles back to Geralt, who is neither a classical hero or the anti-hero that’s been trendy of late. Adhering to a very personal code of ethics, Geralt behaves in the grayest of moral shades and is often compared to Philip Marlowe, a hardboiled detective character created by Raymond Chandler. In fact, there’s a detective in The Witcher series named Raymond Maarloeve.

In the past, Geralt’s often gone where the money is. The initial quest of Wild Hunt finds Geralt in search of a love interest, though I suspect the story dovetails into much larger, world-shaping developments, particularly the titular myth. As I learned, the Wild Hunt is a part of ancient European folklore reminiscent of the Four Horsemen of the Apocalypse. Its end-of-the-world implications fits this third Witcher game, which is meant to conclude Geralt’s story arc. Wild Hunt might very well function as a transition point to usher in a new character, given that it also introduces a new playable witcher, Ciri. I got to see her as a child during the tutorial and she’s portrayed as the predictably eager, headstrong, albeit talented apprentice to Geralt. Whether she’s meant to carry the torch into future Witcher games remains to be seen. For now, I shall temper my anticipation for The Witcher III: Wild Hunt by replaying The Witcher II: Assassins of Kings, which happens to be one of Xbox Live’s free Games with Gold titles of January.