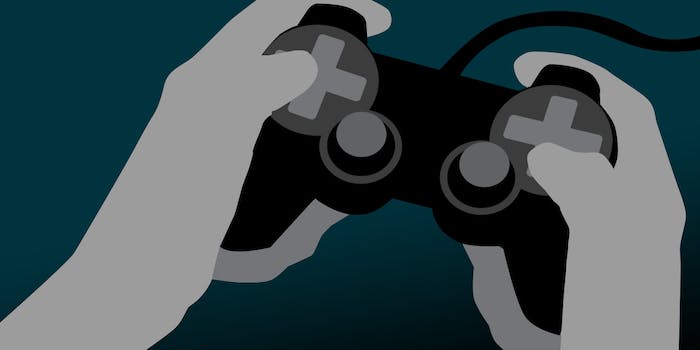 Why I play video games

Why play two hours of Assassin’s Creed if you could bill for two hours of work? The answer might surprise you.

I’ve been playing video games again. I feel fantastic and my head is clearer than it’s been in a while. Here are my thoughts on the topic and why I think video games are important and not even remotely a waste of time. Like every other guy who grew up in the ‘80s, I used to play video games all the time. Super Mario, Double Dragon, Zelda, Street Fighter, GoldenEye, you name it. Later came the Halo and Counter Strike LAN parties. In college I played a lot of World of Warcraft (back when the level cap was 60). Hell, I played games with some semblance of regularity up until I quit my job and started working for myself in 2009.

It was that point when every hour I existed had a dollar value attached to it. Why play two hours of Assassin’s Creed if you could bill for two hours of work? If you’re self-employed you either have, or have had, this mind-set at some point.

So I gave up gaming. I scoffed at gamers, looking down on them as lesser beings not dedicated enough to their craft. Foolish peons! You can’t get your time back! Perhaps an exaggeration, but not a large one.

So how did I go from one extreme to the other, and back again?

I started building my own product/app called Statamic. A neat little (OK, not so little anymore) flat-file CMS. This became my passion (and still is in many ways) for many months, as I fanned the flames a of fragile little web app into a robust tool powering thousands of websites across the Internet and around the world.

I rode the emotional tidal waves that come with pouring all your energy into a product, and was elated by every sale, devastated by every refund request.

So I worked even harder, staying up until 4:30am regularly to fix the bugs, answer support tickets, build new features, write and rewrite documentation, design and redesign the website. I kept it up for an incredible amount of time.

And then I crashed. This was probably somewhere around February or March of this year. I entered the fourth month of development on v1.5 with the end no nearer in sight, and I couldn’t handle the pressure.

Sounds familiar to some of you, right?

I decided to take a few nights off. I needed to get my head clear somehow if I were ever going to make this thing sustainable.

Well, I couldn’t get Statamic out of my head. I started dream-coding, waking up exhausted without having actually accomplished anything. A new low. I was becoming an insomniac.

So another night goes by and I’m trying to stay away from my computer. I can’t get into any books for whatever reason, so I decide to turn on my Xbox 360 and throw in Borderlands 2, which had barely been touched since Christmas.

Things changed almost overnight. I had a blast playing BL2. It’s an awesome game, with just the right balance of action, humor, and speed. I played until 2am every night for a few nights and started sleeping better. It kept my mind from wandering into “work mode” and stressing me out. I was able to chill out and relax for a while, enjoy myself, and sleep like a human again.

So what happened to Statamic? Did the product suffer?

Just the opposite. I found I had renewed energy and the time I spent was more productive, more creative, and high caliber.

I was happier supporting customers, more enthusiastic when promoting and marketing it, and we were able to get v1.5 roughly six weeks after that. We’ve made huge improvements to the platform, sales are up, we have more users than ever, and we’re getting great press. And I’m still gaming, and loving every minute of it.

I ended up picking up a PS3 on Craigslist with 20 or so games, and have been plowing through them with vigor. My buddy and neighbor Dave is an avid gamer, and made a number of recommendations, and I’ve been enjoying gaming like never before. I had missed out on so many incredible titles, and am making up for lost time. I really, really dig games with killer story lines and character development, so I immediately played through everything by Naughty Dog once I got my PS3.

I generally play for an hour or two each night after my wife goes to bed and sometimes a few hours on lazy Sunday afternoons.

This year so far I’ve beaten (in order):

And as of today I’m about half of the way through Far Cry 3.

I’ve started a few others, but if the storyline doesn’t grab me or the gameplay feels too repetitive I tend to jump into the next game, planning to come back (but I don’t always):

So there you have it. Do what you will. And recommend some games will ya? I’m burning through these things! Tell me why you love them, I love knowing what people connect with in a game/story/experience.

TL;DR: Gaming clears my head, makes me more productive when I am working, and is frankly just makes me happy. Do fun things. You rarely regret it.

Jack McDade is a self-employed designer and developer from upstate New York. He also founded Statamic—a user friendly, flat-file content management system—and is a husband and father of two young boys. He’s been known to play video games and fish in his spare time, though rarely at the same time, and once let the Big One get away just because he could.

This is a syndicated post republished with author’s permission from jackmcdade.com.