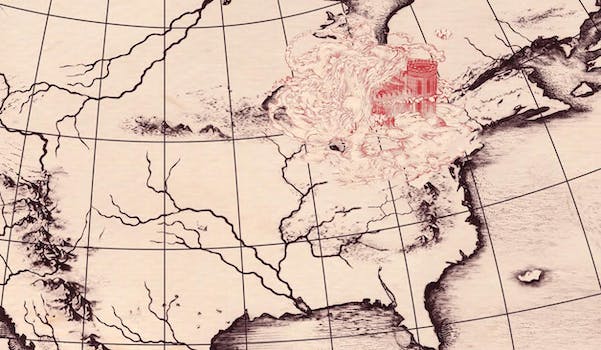 Where is Ilvermorny, the North American wizarding school?

All we have to go on is a name and a general location.

Last month, the world of Harry Potter expanded globally after Pottermore released the names and some information on four of the world’s 11 wizarding schools, bringing the known total to seven. But the one with the least amount of information has given fans plenty to speculate about.

Unlike Castelbruxo, Uagadou, or Mahoutokoro, the only thing we learned about Ilvermorny, the North American wizarding school, is its name and general location, as indicated by a map.

We’re excited to announce Ilvermorny is the name of the North #American wizarding school! https://t.co/wZOnSwczyW pic.twitter.com/YvjFjSVz7b

Fans first noticed the name when they saw that Warner Bros. filed a trademark on it along with some other words associated with Fantastic Beasts and Where to Find Them last year. Some of them guessed it might be the name of the North American wizarding school. The name, according to J.K. Rowling, is “immigrant” in origin and the school has ties to indigenous magic. We also know that Newt Scamander will encounter witches and wizards who attended Ilvermorny, although he wouldn’t necessarily be visiting the school in the first Fantastic Beasts movie. (He possibly could in future films.)

The map on the Pottermore site placed Ilvermorny in a vague area in the northeastern part of North America, somewhere between New England and southern Canada. Many people are already assuming that it’s an American school. Fans are offering evidence for the school being in Vermont or Detroit, but as many have pointed out, the school isn’t necessarily in the U.S.

The case for Ilvermorny being a Canadian school comes from a few places. For one, Pottermore uses “North American” when giving a general location to Ilvermorny, not “American,” which doesn’t rule out Canada.

And when asked about the Canadian wizarding school, Rowling offered this hint for fans.

According to Pottermore, “magical schools tend to be situated in landlocked, mountainous areas” (although that might not always be the case), so it’s likely that Ilvermorny is located near a mountain. But if it isn’t? Anywhere is possible—even including somewhere hidden in plain sight like underneath Niagara Falls.

Ilvermorny is set on what appears to be the 50th parallel, which might place it somewhere near Ontario or Lake Nipigon, which is sometimes referred to as the “Sixth Great Lake” due to its size. The lake would also offer a unique setting for Ilvermorny because of the cliffs near it and green-black sand beaches,

Quebec may be another option—one that has the language to back it up.

One breakdown of Ilvermorny is that it comes from the Anglicized version of the French Île Vert Morne, and while some have took it to mean “Green Hill Island,” it actually translates to “Dreary Green Island.” Another version breaks down slightly differently in French.

Even if the school is run in English, Quebec has major French influences to this day. A redditor on r/harrypotter points out you can even look to the shape of the castle and history to suggest that Ilvermorny is located in Quebec. It’s reminiscent of the forts built in the French and Indian War, which had support from many Native American tribes on both sides of the conflict.

“With that connection I wouldn’t be surprised if it[‘]s located in the AdirondackGreen mountain areas,” ftlftlftl wrote.

We’re due to learn more about Ilvermorny in the near future from Rowling and Pottermore, but the small snippet of information does give fans another perspective—one that suggests the center of magical education in the U.S. is not actually in the U.S.