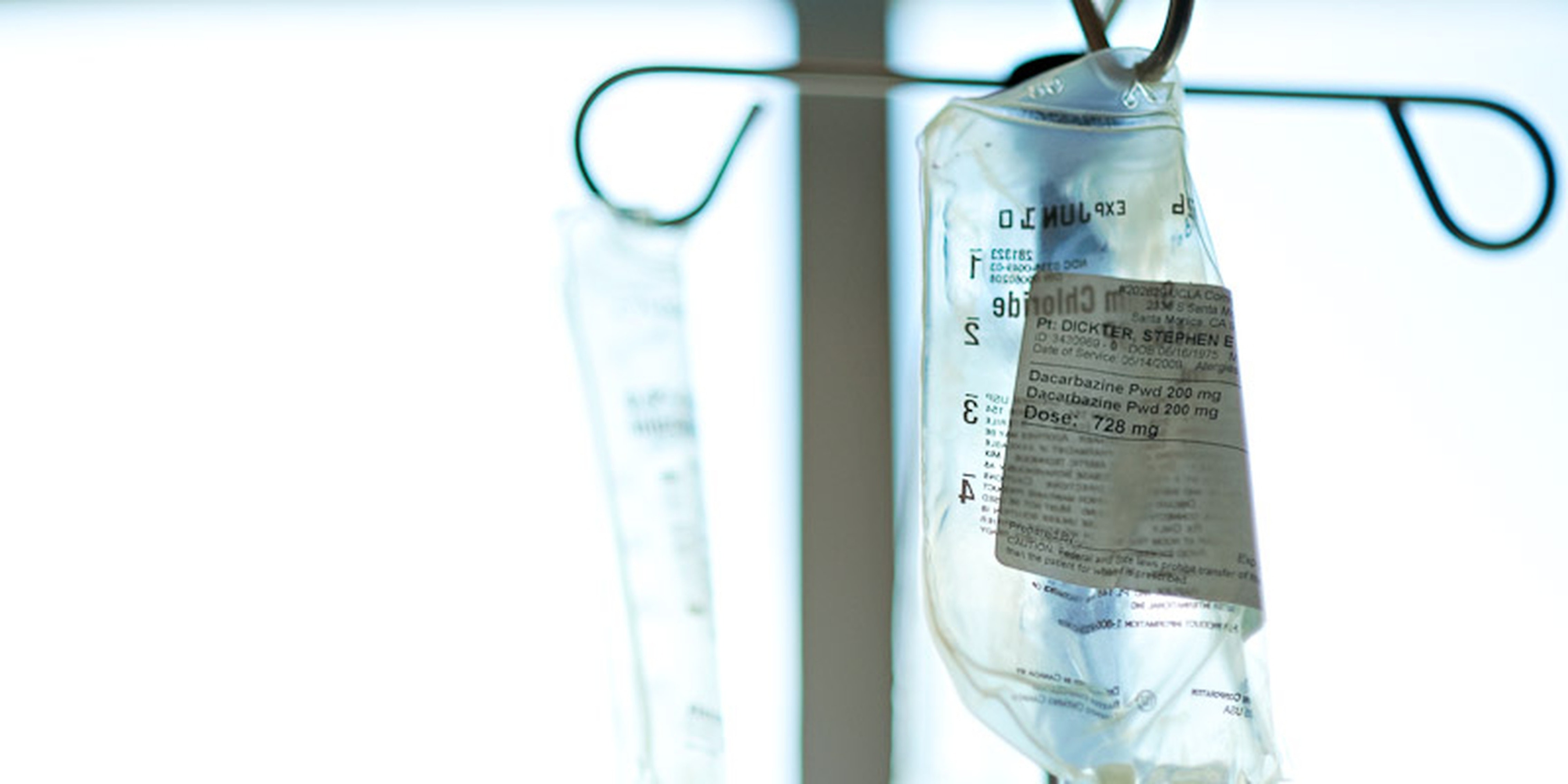 What you really need to know about cancer

It's Breast Cancer Awareness Month. It's time you understand the disease(s) behind the ribbons.

Breast Cancer Awareness Month is like a catchy summer tune: as easy to support as it is to criticize and impossible to escape. But for all the awareness-raising that bubblegum pink everything does (or doesn’t), what do you actually know about cancer? Probably less than you think.

Cancer isn’t just one disease—it’s many. All cancers arise when a single cell in the body goes rogue and grows out of control. But why does that make you sick, and why haven’t we found a cure yet? Let’s dive in.

The life cycle of a cell

A cell reproduces by making a copy of all its DNA and then splitting itself in two, where each new cell has an identical copy of DNA. This process is called mitosis. Most of the time, it goes off without a hitch and the DNA is copied flawlessly.

What do you actually know about cancer? Probably less than you think.

Just kidding! Your body makes thousands of mistakes every time. Essentially, the little molecules copying your DNA put in the wrong code; they essentially “misspell” the gene. Most of the time, these mistakes are caught and fixed by “editing” proteins, and nothing bad happens. Sometimes, a mutation slips through but doesn’t affect how the cell functions. Occasionally, the mutation evades its pre-programmed death, or promotes the growth of blood vessels near it to devour additional resources. Sometimes the mutation will make the cell reproduce faster.

Those last types are among the cancerous mutations that make the cell go rogue. But it doesn’t usually take just one mutation to get cancer. It takes several, accumulated over the years, for a cell to become a dangerous tumor. In this way, cancer can be seen as a disease of aging. This partially explains why cancer is so much more common than ever before; we’re simply living long enough to develop and die from it.

Of course, that’s not to say that our environment doesn’t contribute to the problem.

How do you get cancer?

For all the articles out there that say this or that “causes” cancer, we have very little proof that anything definitely causes cancer aside from smoking cigarettes and exposure to high levels of radiation (including those from the sun). Part of the reason why it’s hard to prove that things like certain foods or other environmental factors cause cancer is because you would need an extremely controlled environment to do so. You would have to keep people in captivity and stringently regulate their environments to see who gets cancer and who doesn’t.

Cancer isn’t just one disease—it’s many.

Instead researchers follow many people for a long time and try their best to catalogue all their environmental factors, and then see which of those people are common among the people who develop cancer. But without being able to actually control those factors, such studies only show a correlation between this factor and that cancer, not a cause-and-effect relationship.

But, in the interest of thoroughness, here’s what we know about how people develop cancer from environmental causes. Let’s use tobacco smoke as an example, since we’re definitely sure smoking causes cancer. According to the American Cancer Society, “Tobacco smoke is made up of more than 7,000 chemicals, including over 70 known to cause cancer.” Those chemicals work by literally adhering themselves to the DNA itself. This damages the DNA and ultimately leads to cancer-causing mutations.

This doesn’t happen after a single cigarette (but seriously, don’t ever smoke—quitting is really hard.) A young, well-functioning body can find and weed out these bound chemicals. As you continue to smoke, however, you overwhelm the body with carcinogens while simultaneously affecting the machinery that keeps you from building up mutations. Eventually, the body just can’t keep up anymore.

But this doesn’t happen to everyone who smokes—and that’s related to a mix of genes and dumb luck.

Once you have cancer, what happens?

As the rogue cancerous cell continues to mutate and divide, it becomes a tumor. Depending where the tumor is—like the heart or brain—its presence alone can be enough to kill you if the tumor gets big enough to prevent the organ from functioning normally. But you’re really in trouble if the cancer begins to spread or metastasize.

“Tobacco smoke is made up of more than 7,000 chemicals, including over 70 known to cause cancer.”

When a tumor metastasizes, a piece of it separates and enters the blood or lymphatic system, where it spreads around the body. Your immune system doesn’t recognize the cancer because your cancer is made of you. In other words, your immune system is trained to recognize and destroy things that carry a molecular fingerprint that is distinctly not-you. Cancer cells, on the other hand, have their own fingerprint and are basically invisible to the immune system. But there is evidence that the immune system is not totally helpless and can fight off cancer. It’s just not very good at it, according to Cancer Research UK.

If those metastasized tumor cells aren’t stopped by the immune system they may settle in the liver, for example. When they get there, they may eat other cells to survive or simply get in the way of how the liver functions by being a group of colon cells chilling out in the liver. This all can make you very, very sick. Worse, once a cancer begins to spread, it becomes very difficult to stop it.

Why is cancer so difficult to treat?

Let’s circle back to what I said in the beginning: Cancer isn’t just one disease. That’s a result of it arising in many different tissue systems in the body (bladder, colon, brain, lungs, skin, and so on) as well as the sheer number of potential combinations of mutations a single cancer cell can have.

The problem is that every cancer is as unique as the individual it’s affecting.

Currently we try to get rid of cancer by essentially destroying the tumor using chemical means (chemotherapy) or physical ones (surgery). But these methods are crude and obviously not always effective, since people still die from cancer anyway.

Ideally, a universal cancer treatment would somehow be able to recognize a tumor and destroy it completely without affecting the healthy surrounding tissue. By contrast, chemotherapy just targets rapidly dividing cells—hopefully hitting the tumor but also hitting your hair follicles (causing your hair to fall out) and your stomach lining (causing you to barf like crazy).

The problem is that every cancer is as unique as the individual it’s affecting, due to the endless combinations of mutations that can create a single tumor. That means no two tumors are exactly alike, and it’s hard to find some sort of common factor that will destroy them.

Many hope for tailor-made treatment methods that will allow doctors to target an individual’s tumor by sequencing their tumor’s DNA and then giving them a specific drug (cocktail) to expunge the cancer. And we are making progress toward that end. We have the technology to sequence the DNA of a tumor, and there are more specific drugs hitting the market for particular types of cancer. These drugs tend to block a few different ways cancer cells help themselves grow, such as stimulating the growth of blood vessels.

But, according to biochemist Gerard Evan, cancer cells are adaptive—and sometimes after enough exposure to a drug they’ll find ways to circumvent the drug and continue to grow. Other times, they’ll simply become resistant to the drug itself through—you guessed it—random mutation. In other words, it’s difficult to treat cancer due to the fundamental nature of cancer itself.

We then have two options, Evan writes for Cancer Research U.K.: Either continue to block those bypasses cancer takes to treatment until it’s out of “options,” or block some aspect of a tumor’s vitality so essential that it dies.

Wow that’s grim—so how can I protect myself?

There isn’t really that much you can do to keep cancer away other than what you already know: Don’t smoke and avoid radiation—including the radiation from the sun. So forgo the tanning bed, put on some sunscreen, and wear a hat. Even in the winter.

It’s also probably wise to try to stay fit through diet and exercise. Though the science correlating a healthy diet with lower cancer rates is tenuous, it never hurts to eat a balanced diet and keep your body strong and healthy. But know that no amount of superfoods or “alkaline diets” will prevent cancer; those myths are not based in science.

Ultimately, cancer boils down to luck of the draw. There’s no surefire way to prevent all cancer, so try not to worry about it so much and enjoy your health while you have it. Whether it’s cancer or something else, your health is fleeting. Enjoy it while you can.

Photo via StephenDickter/Flickr (CC BY ND 2.0)