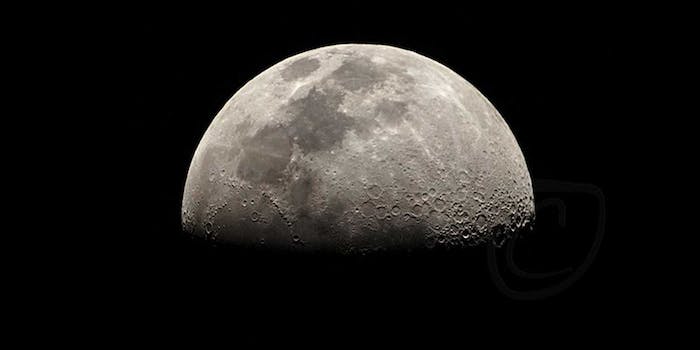 The moon is not the color you think

It’s got more than a dark side.

Whether it’s red, yellow, blue, or silver, the moon is not the color you think it is. This week’s educational YouTube show, It’s OK To Be Smart, tells us the moon’s silvery glow is actually an illusion.

The moon is in fact a darker grey than it appears in the night sky—giving new meaning to “dark side of the moon.” We perceive it to be light and bright because of how much it contrasts with the even-darker night sky.

In other words, it’s a natural version of that column-on-a-checkerboard illusion where the two tiles that appear to be different shades of grey are actually the same.

There’s a lot of ways our eyes (and brains) trick us to create visual illusions. It just goes to show—seeing shouldn’t always be believing.