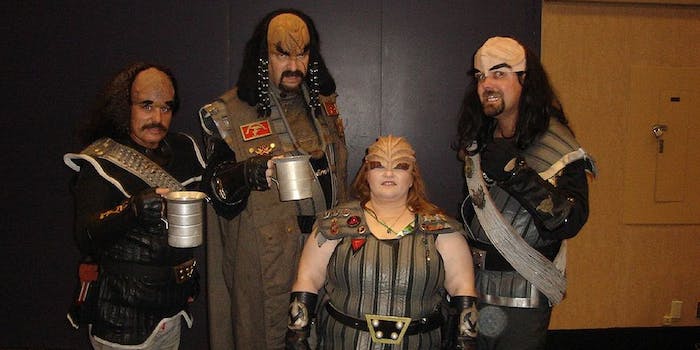 Well, how else should you reply to a question about UFOs?

Welsh politicians are used to operating in a bilingual environment, but usually those languages are English and Welsh. Not Klingon.

Welsh economy minister Edwina Hart found herself on the receiving end of a bizarre line of questioning last week. Had unidentified objects been spotted flying near Cardiff airport, and was the minister able to comment? And if so, would the Welsh government consider funding research into the phenomenon?

The questions came not from a random conspiracy theorist, but from Conservative assembly member Darren Millar, the Shadow Health Minister (yes, that’s a real title).

Treating the questions with the seriousness they deserved, the Welsh government responded to Millar’s questions in Klingon, according to the BBC.

Translated, this means “The minister will reply in due course. However this is a non-devolved matter.” Millar can expect an official answer on July 15, although if UFOs come under the jurisdiction of the U.K. government then he’ll have to direct his questions elsewhere.