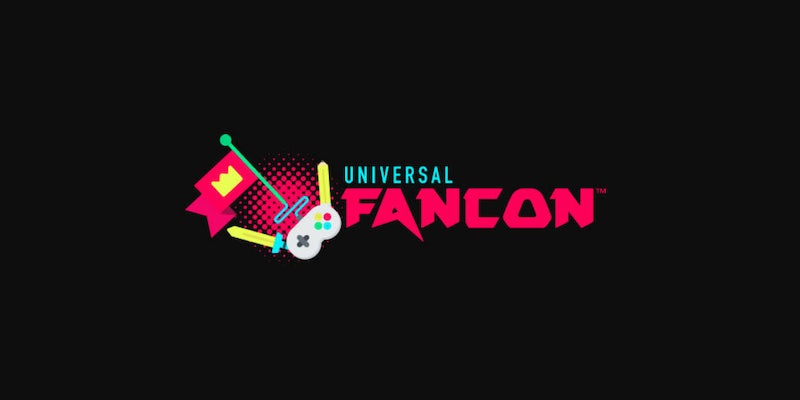 Conventions are notoriously hard to organize. Along with the financial complexity of arranging venues, hotels, and celebrity guests, organizers are responsible for creating a safe environment. Over the weekend, Universal Fan Con became the highest-profile convention debacle since DashCon in 2014—although Fan Con is inspiring less gleeful schadenfreude. DashCon was the Fyre Festival of geek culture; an event so absurdly chaotic that you couldn’t help but laugh. (You may remember photos of the failed convention’s infamous ball pit.) The collapse of Universal Fan Con, scheduled for April 27-29 in Baltimore, is more demoralizing, partly because people were rooting so hard for it to succeed.

On Kickstarter, Fan Con described itself as the “First multi-fandom Con dedicated to inclusion, highlighting Women, LGBTQ, the Disabled and Persons of Color.” Its lead organizers are Robert Butler of The Black Geeks, and Black Girl Nerds creator Jamie Broadnax. Both flourished as independent voices in geek culture, offering an alternative to the predominantly white and male mainstream. Broadnax is admired as a self-made businesswoman, championing a generation of black women in fandom. In the aftermath of Universal Fan Con, BGN writers are now publicly distancing themselves from the site.

What happened to Universal Fan Con?

Fan Con ticketholders are complaining about two key issues: money and a lack of transparency. The postponement news came out of nowhere on April 20, with some attendees receiving cancellation notices from hotels before they heard from the convention itself. Later, the organizers sent out an email that accidentally CC’d everyone instead of BCC-ing, revealing hundreds of private email addresses. Then people noticed Fan Con’s FAQ updating in real time as the organizers floundered to control the backlash.

I've received no e-mail about @UniversalFanCon #UniversalFanCon and as someone that has made travel plans from London -> NY -> Baltimore. I need to know whats going on. #FanCon

On April 20, the organizers confirmed the con was “postponed until further notice.” The official statement echoed a familiar story from other canceled conventions in the past: The organizers had bitten off more than they could chew.

“As we built out our floorplan, invited guests, figured out lodging/travel arrangements, and confirmed activities, our costs started to grow exponentially. Unfortunately, the support we were anticipating in terms of ticket sales and sponsorships did not materialize.”

According to the con’s new FAQ, the organizers “are determining how we can support refunds.” In other words, ticketholders may not get their money back. This may not be a big deal to locals who bought day passes, but some Kickarter backers bought VIP packages ranging from $500 to $5,000. The final Kickstarter tally was $56,498, with the organizers claiming to have put “significant personal investments” into the project as well.

Even if refunds do arrive, tickets were not the only expense. People already took time off work and paid for travel and accommodations, some of which cannot be refunded. For artists and creators, this was a career opportunity that now represents a significant loss of income.

I shelled out $2,362.18 to build a civic engagement booth for #UniversalFanCon that would allow participants to register to vote, recruit their networks and other civic engagement activities

Broadnax responded to the uproar with a personal apology acknowledging the “justifiable anger, frustration” of her audience. She characterized Universal Fan Con as a labor of love, claiming that she was less involved in the financial side of things.

“As I was working to spread the mission of Universal Fan Con, I did not involve myself with financial or legal matters.  To be frank — I didn’t know what was coming in nor what was going out. I didn’t sign any contracts. And in hindsight, I realize that this should have been a major priority. However, I acknowledge that in hindsight, that does not remedy the aftermath. On April 3, a bomb was dropped on me about our finances. I was shocked that outstanding bills were not paid and that the likelihood of FanCon would be no longer.”

Describing herself as “sick to my stomach” and “still in shock,” she said she only discovered 48 hours earlier that the convention was no longer financially viable. She simultaneously acknowledges her role as the public face of Fan Con, while detaching herself from direct financial responsibility. Co-founder Robert Butler tweeted an apology saying “I am here, I am present, trying to look for solutions,” while Melanie Dione, one of the executive board members, tweeted her resignation on Friday.

Who is Thai Pham?

The statements from Broadnax, Butler, and Fan Con itself all share a similar tone: Contrition toward customers, and a delicate balance between taking ownership and avoiding saying who is actually to blame. In the absence of concrete answers from the organizers, ticketholders turned their attention to a less prominent member of the team: Thai Pham.

Thai Pham ran kickstarter for $15,000 to run an LGBTQ convention in Anaheim. Which was then cancelled, with no refunds for backers. https://t.co/C8Lq4Uw9U7

Writer Jazmine Joyner drew attention to Pham’s involvement, with io9 investigating further this weekend. Pham helped organize PrideCon, a Kickstarter-funded convention that was canceled without refunds in 2016. He was also the COO of Touzai Company in 2014 and 2015, running TouhouCon for two years. This convention failed to provide the free accommodation it promised for artists and vendors, leaving guests with unexpected costs. TouhouCon closed in 2016 due to—you guessed it—lack of funds. According to his Linkedin profile, he previously worked in “convention set-up” for Disney in Anaheim for three years.

As this worrying backstory emerged, Pham became an easy scapegoat for Fan Con’s problems. Butler and Broadnax’s public statements suggest they were unaware of the convention’s financial difficulties. While this is certainly possible, the details are still murky. Plus, there’s the fact that they recruited Pham in the first place. You can see why they’d want to work with someone who had organized conventions before, but Pham’s history was publicly documented online.

Meanwhile, Fan Con published an Instagram post defending Pham, saying, “Please be aware that Mr. Thai Pham and others who have served as either contractors or volunteer staff bear no responsibility for these unfortunate circumstances, or the postponement of FanCon.” The post is not signed.

We’ve been referring to the convention as “canceled” because, in effect, that’s what happened. The organizers still say it’s merely postponed, but even if they can pull together and arrange a later event, it won’t resemble the original plan. They surely can’t afford the same venues and guests, and many ticketholders won’t be able to reschedule—especially if they traveled from overseas.

In the meantime, people are scrambling to find some way to mitigate the damage. Some were unable to cancel their travel plans, and will still be in Baltimore next weekend. Nerds of Color and Black Heroes Matter have arranged a pop-up convention so stallholders and guests can set up shop. (Big-name guests like Billy Dee Williams are obviously not expected to attend.)

Philadelphia Comic Con, which also takes place next weekend, is offering Fan Con ticketholders free entry on Friday, or discounted tickets on Sunday. Balticon, a Baltimore-based sci-fi convention in May, is also offering discounts. The Blerd Gurl blog is sharing advice on how to get refunds for travel and accommodation.

With Fan Con guests now facing financial losses, fans are boosting their projects on social media. The #UniversalFanCon hashtag is full of creators and cosplayers hoping to recoup their costs by selling work or crowdfunding online, along with former Black Girl Nerds writers looking for work elsewhere.

Three days on from the initial announcement, Fan Con ticketholders are left with more questions than reliable answers. The Daily Dot has reached out to the organizers for clarification regarding who controlled the convention’s finances, why the co-founders were supposedly unaware of its problems, and what “postponement” realistically means.

In an email to the Daily Dot, Jamie Broadnax said, “My duties didn’t involve finances at all. There were three people and one person specifically that was in charge of finances.” She said she does not have access to “the bank account or even the Showclix website that shows the backend on ticket transactions. The Executive Director [Robert Butler] had access to that and is the only one who could possibly reverse charges if the site allows.”

When asked about Thai Pham’s involvement in Universal Fan Con, she replied, “Thai was on the FanCon website for a long time and involved with several people within the organization. It wasn’t brought to my attention until now about his history of failed cons.”