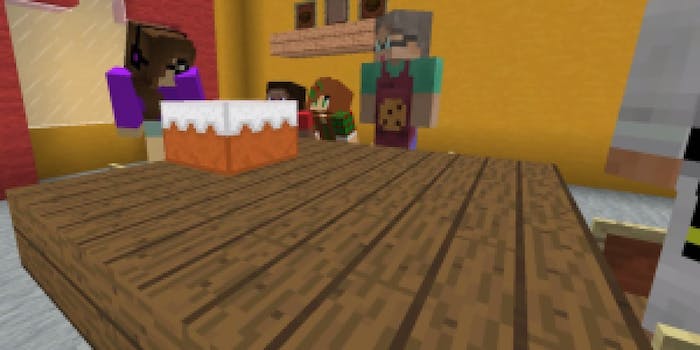 Someone is recreating ‘Too Many Cooks’ in Minecraft

You can do anything in Minecraft, from building all of the original Pokémon to recreating the trailer for Halo 5.  Now we can add an insane Adult Swim video to the list.

This is only a teaser video for a recreation of the Too Many Cooks video that went viral over the weekend, sparking collective obsession all over the Web. Maybe we need a countdown clock for how long it takes Minecraft players to turn around parody projects.

As we can already see from the teaser, a recreation of Too Many Cooks in Minecraft could never be 1:1, but if someone can recreate a scale model U.S.S. Enterprise-D, we think it’s possible to tackle an 11-minute video. We’re very curious to see how the full version stages all the murders in Too Many Cooks, but Minecraft builders are clever. They’ll figure it out.