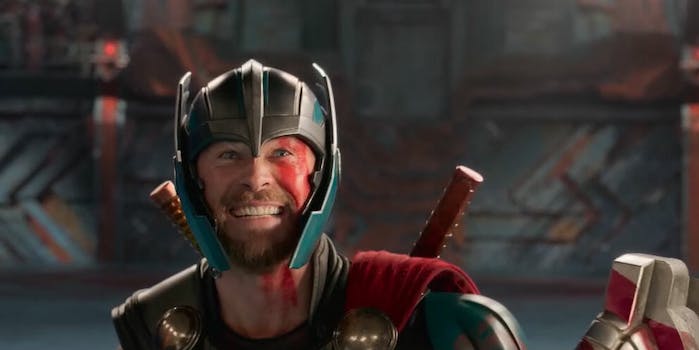 Here’s the ‘Thor: Ragnarok’ Honest Trailer you’ve been waiting for

It's easily the best Thor movie—but also probably the best Hulk and Doctor Strange movie, too.

Thor: Ragnarok is a wild movie, and as Screen Junkies argues in its latest Honest Trailer, it’s one that simultaneously hinders it and makes it great.

The movie relies on humor a lot (even during somewhat inappropriate moments), while barreling through serious revelations like Bruce Banner discovering he had been the Hulk for the past two years. But even as the Honest Trailer questions if Thor is actually the adopted Asgardian sibling, it takes a look at what’s so great about the movie. Thor has new companions with personality and spark, the movie looks great, and it’s directed Taika Waititi, who isn’t afraid to get weird. At the very least, it’s a different take on Thor that tosses nearly every aspect of the first two Thor films out the window to tell a story that looked like it came straight out of a comic book.