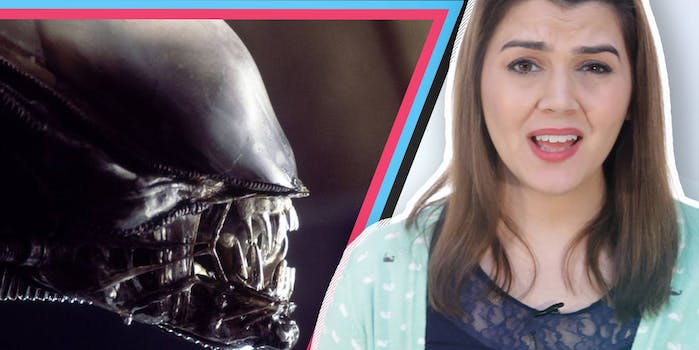 I watched ‘Alien’ for the first time, and now I’m scared of space

I've got a case of Sigourney Fever.

On this week’s episode of The Geek Awakens, I watched Alien for the first time. I’m not a big fan of horror movies, so I watched with all of the lights on, and I have to say, that is the way to go. The alien popping out from the ventilation ducts would have plastered me to the ceiling.

Can we talk about Ripley? She is, as my dad always says, “kicking ass and taking names.” No idea why he says this, but it’s usually after my mom calls Comcast to dispute the cable bill.

As a child, one of my favorite movies was Spaceballs (I know, I KNOW!), and after seeing Alien, I finally understand one of the best jokes in the movie.

I loved Alien. Should I watch Aliens? Alien Cubed?

Last week, I watched some ’60s Star Trek for the first time, and I was surprised by how much I enjoyed it.