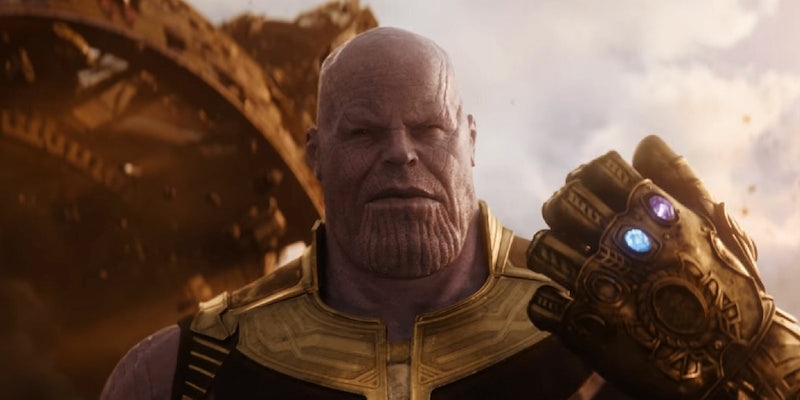 Reddit to ban exactly half of the ‘ThanosDidNothingWrong’ community (updated)

However you felt about Thanos’ actions in Avengers: Infinity War, you’ve got to admit that the last few minutes (wherein half the universe disintegrated into ashes at the behest of the purple tyrant) were great. The ThanosDidNothingWrong subreddit (sporting over 630,000 members) served as a hub for people to crack jokes about the mad Titan and discuss how the villain was effectively in the right by indiscriminately wiping out half of all life. But after a campaign by the subreddit’s members to ban exactly half of all users, it looks like they finally got their wish.

The extinction-level event is apparently slated for Monday, with Reddit having signed off on the gag, according to Nerdist.

The campaign to ban half of all members at the same time started with a moderator called the-Jedi-Apprentice. Reddit engineers initially stymied the mod’s requests to ban half of all members because such an undertaking “could potentially cause some headaches with our databases,” partially because moderators can’t be banned from their own subreddits.

ThanosDidNothingWrong members didn’t sit idly by, however, creating a script that could in fact ban half of the subreddit.

Now, even Josh Brolin, the actor behind Thanos, has chimed in with his support by snapping his fingers at Reddit.

Even the Russo Brothers, who directed Avengers: Infinity War and Captain America: Civil War, joined in on the fun by subscribing to the subreddit. The two posted from their official Twitter account “we have both submitted to the culling….”

We have both submitted to the culling… pic.twitter.com/CAJXyGl9FY

We will update this story should we survive.