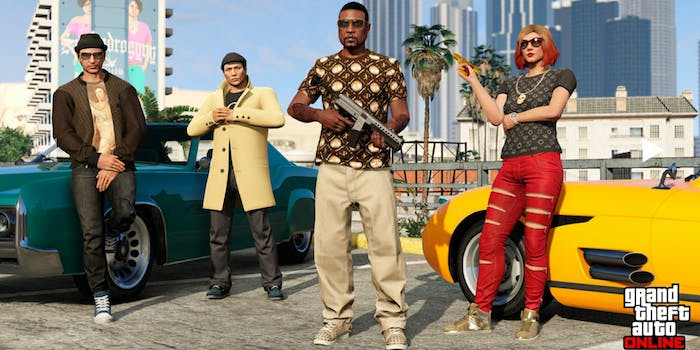 How far should a gaming company go to protect its intellectual property? That’s the question fans of Grand Theft Auto V are asking after the publisher allegedly sent private investigators to the homes of several hobbyist mod-makers.

Take-Two Interactive, the publisher of Grand Theft Auto V, has banned PC players who had accounts under the popular fan-made FiveM server mod on Grand Theft Auto Online. GTA Online allows fans to play the game in multiplayer mode. Take-Two claimed the FiveM mod enabled piracy, and subsequently banned the creators as well as some active users of the mod.

Now the creators of the FiveM mod as well as other GTA Online mods are claiming that Take-Two sent private investigators to their homes to deliver a cease-and-desist request.

As reported by Ars Technica, one of the FiveM modders posted on Reddit’s r/FiveM forum to allege that the PIs showed up on their doorstep on Monday and handed them a phone. A representative of Take-Two was allegedly on the other line, and wanted to discuss shutting down the FiveM mod without getting lawyers involved.

Grand Theft Auto V modders began reporting in late April and early May that running single-player mods was causing them to be banned from Grand Theft Auto Online. These bans were unintentional, however.

Further reports of bans took place in August, and Rockstar Games at that time issued the following statement to Ars Technica: “The FiveM project is an unauthorized alternate multiplayer service that contains code designed to facilitate piracy. Our policy on such violations of our terms of service are clear, and the individuals involved in its creation have had their Social Club accounts suspended.”

The creators of Grand Theft Auto Mutiplayer have started a Change.org petition to ask Take-Two Interactive to allow work on the mod to continue. The creators of the FiveM mod, and Rockstar Games, did not respond to request for comment.