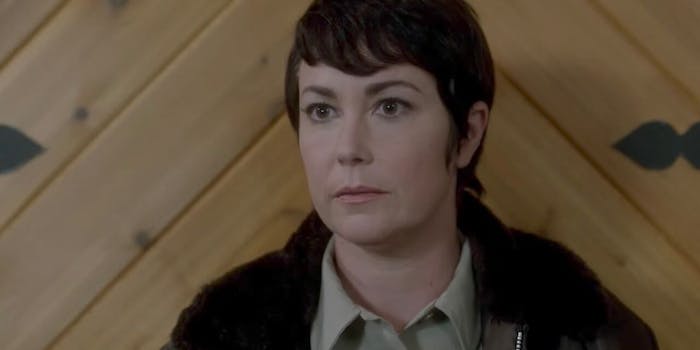 The CW is planning a ‘Supernatural’ spinoff starring Jody Mills

Fans have been pushing for this for years.

Supernatural’s 13th season will already have an unlikely collaboration in the form of Scooby Doo, but it may also be the launching point of a spinoff many fans have wanted for years.

A Supernatural spinoff starring Kim Rhodes—who plays the recurring character Sheriff Jody Mills—called Wayward Sisters is in the works at the CW, according to Deadline. The show, which will have a “backdoor pilot” air some time during Supernatural’s 13th season, will center around Sheriff Jody Mills, who will train a group of young women to hunt supernatural creatures like the Winchester brothers and become a “supreme monster-fighting force.”

So far Rhodes is the only actor attached to the spinoff—which will involve longtime Supernatural writer Robert Berens, producer and director Phil Sgriccia, and showrunners Andrew Dabb and Robert Singer—although there is the potential for other recurring Supernatural characters to appear. For years fans have been rallying behind a Supernatural spinoff starring Jody Mills, Claire Novak (Kathryn Love Newton), Alex Jones (Katherine Ramdeen), and Donna Hanscum (Briana Buckmaster), something they dubbed the “Wayward Daughters” as a nod to the use of “Carry On My Wayward Son” as Supernatural’s theme song.

Although Wayward Sisters is in the works, it’s not a guarantee that we’ll see the show come to air. Another Supernatural spinoff called Bloodlines was planned around season 9 and also had a backdoor pilot but the show never came to fruition.