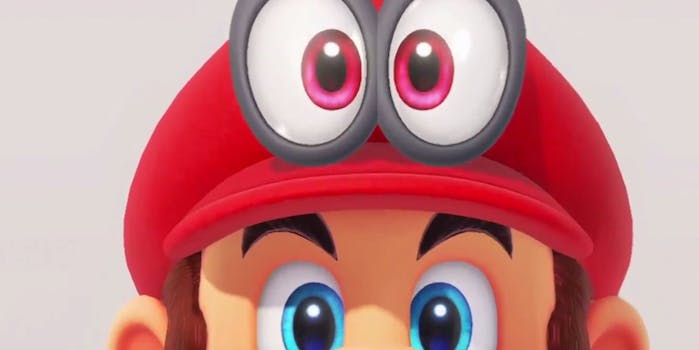 The trailer shows Mario hopping out of a sewer pipe and exploring a very real-looking city, using his hat to solve puzzles, platforming in alleyways, and bouncing off light posts. Bowser and Peach showed up as well, with slightly different appearances than usual.

Check out the trailer for yourself below.

The final tease shows a pair of eyes on Mario’s hat, a character that will play an important role in the game’s story.