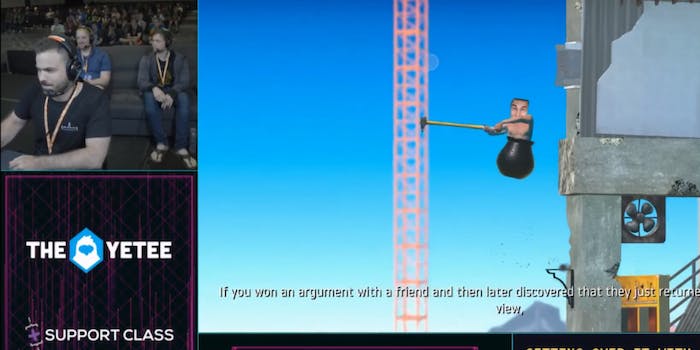 More clipping than a barbershop.

Games Done Quick, the video game speedrunning charity event, has raised more than $2 million for Doctors Without Borders through their yearly summer event.

Overall, 153 games were speedrun, including a mix of old-school titles like Ghost N’ Goblins or Super Mario Bros. and newer games like Rise of the Tomb Raider and Mario Kart 8. Speedrunners attempt to finish a game as fast as possible, either through incredible levels of gameplay expertise or knowledge of in-game shortcuts and bugs. Viewers donate as much money as they like to reward players for their antics. The livestream started on June 24 at 4pm and ended around July 1 at 2:30am. Most of the speedruns were performed by their individual record holders.

Doctors Without Borders is an international humanitarian aid organization that provides aid to more than 70 countries impacted by poverty, armed conflict, epidemics, and more. In 1999, the organization was awarded the Nobel Peace Prize.

Here’s a sampling of everything that was accomplished by the speedrunners. (And you don’t need much time out of your day to watch them all.)

And for the masochists out there, here’s Getting Over It with Bennet Foddy being speedrun by MONTYvstheWORLD. Getting Over It, if you don’t recall, is the game that drove streamers like Markiplier absolutely bonkers thanks to its absurd controls and difficult climbing challenges. Monty manages to finish Getting Over It in just 2 minutes, 43 seconds, which is no small feat. Then, the crowd challenges him to do it again.

Speedrunning can also be useful for movies. If you’re really hankering to rewatch Star Wars but don’t have the two hours necessary, you can now watch a condensed version of the film in one minute.