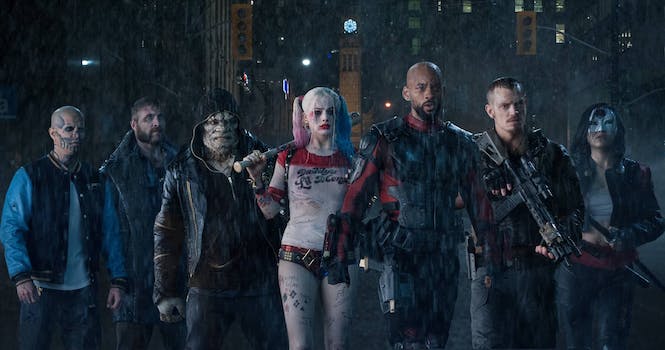 If reviews don't matter to 'Suicide Squad' fans, then why are they having such an extreme reaction?

When the first round of Suicide Squad reviews were published on Tuesday, it was like opening the floodgates to an overflowing sewer. Critical responses ranged from thoughtfully negative to hilariously insulting, and the film’s Rotten Tomatoes score sank to a woeful 35 percent.

So, a group of Suicide Squad fans are now petitioning for Rotten Tomatoes to be shut down. Signed by 10,000 people overnight, the Change.org petition demands that Rotten Tomatoes be shut down because “its critics” give “unjust” reviews to DC Comics movies.

This is an obvious offshoot from the conspiracy theories surrounding Batman v Superman‘s negative reviews, which many fans believe were the result of bribes from Disney and Marvel. (There is no evidence that this was the case.) The petition also appears to misunderstand Rotten Tomatoes’ role as an aggregation site, and the fact that many DC movies have received positive reviews in the past—for instance Christopher Nolan‘s Dark Knight trilogy, Watchmen, and most of the earlier Batman and Superman movies.

Suicide Squad getting bad reviews isn't a shock. All it needs is a quick name change from DC to Marvel and it will be 5 star smash hit!

Getting sick of anti-DC critics bias. #SuicideSquad is great fun. Seems like every DC is getting trashed by critics and every Marvel (1/2)

These objections would make more sense if negative reviews had a serious impact on the future of the DC franchise, but that hasn’t been the case so far. Batman v Superman had a pretty good box office haul, and plenty of other blockbuster films have succeeded despite low Rotten Tomatoes ratings—like, for example, the entire Transformers franchise. If Suicide Squad makes money, then Warner Bros. will make a sequel, and fans will continue to get what they want.

Except, as with the backlash against Batman v Superman‘s negative reviews, this petition feels like a desperate call for “official” recognition. The outward attitude from fans is that critical reviews don’t matter, but their anger is fueled by a desire for Suicide Squad to be lauded by mainstream critics—even if the fans themselves haven’t seen the movie yet, and are basing their opinions on the trailers.

Apparently it’s easier to believe that critics are biased against DC movies—perhaps due to Disney payoffs—than to accept that you love a movie that is widely regarded to be very bad. Perhaps Suicide Squad fans should take a page from the book of everyone who bought tickets to Twilight or Fifty Shades of Grey, whose negative reviews were accepted and then cheerfully ignored by millions of fans.