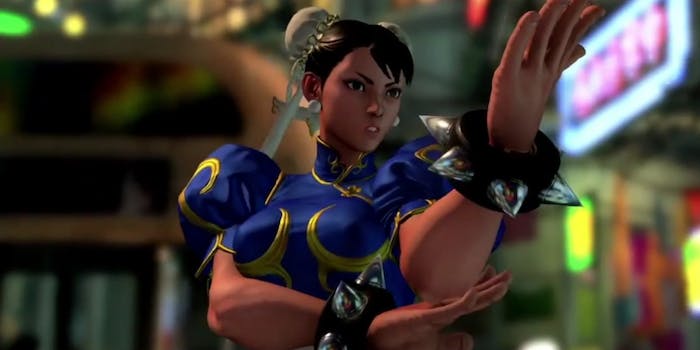 Street Fighter V is coming to PC and PS4 only

Gamers on the Xbox One just took their first punch to the face in this generation’s console war. Or should we say the first shoryuken?

Gaming forum NeoGAF broke the news that Street Fighter V is going to be exclusively released on PC and PlayStation 4. To give you a sense of scale for this news, Street Fighter is arguably one of the most important underpinnings of the professional fighting game world. It popularized fighting games in Japanese arcades, and turned them into de facto amateur leagues for professional competitions, perhaps more than any other franchise.

And now Street Fighter devotees who went with the Xbox One for this console generation have been left out in the cold, either temporarily or permanently.

Consensus is that this trailer is an early leak from the PlayStation Experience taking place in Las Vegas this weekend. Capcom has been trying to pull off the Web videos of the trailer that confirms the news, but at this point it’s probably too late to contain.

Exclusive titles are the main weapon employed by Sony, Microsoft, and Nintendo in the battle to dominate gamers’ living rooms. A Street Fighter V console exclusive on the PS4, even if it is only a limited-time exclusive (meaning it will eventually be available on the Xbox One and/or Wii U), is a very strong offense in the eighth generation console war.

It will be interesting to see how quickly Capcom confirms whether this is a timed exclusive or not. Square Enix had to admit within days of making the announcement that Rise of the Tomb Raider, was only a timed Xbox One exclusive. And Street Fighter has a much more rabid fandom than Lara Croft has ever had.