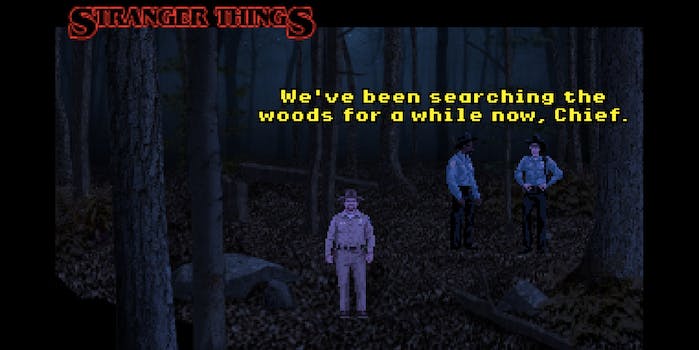 Someone already made a ‘Stranger Things’ point-and-click game

Stranger Things creators the Duffer Brothers have already made it clear they’d love to see a video game version of their ’80s-inspired mystery, and someone has already drummed up a demo of one for Windows, Mac, and Linux.

Created by indie video game company Infamous Quests, the demo can be downloaded for free on its website. In it you play as police chief Jim Hopper in the early parts of the series, searching for clues about why Will Byers has gone missing. While very brief, the game does give us a taste of what it would be like to experience Stranger Things as a point-and-click adventure.

Steven Alexander, the designer behind the game, tells the Daily Dot that he created it for fun, but also as a pitch for the Duffer Brothers to show them that his company could make the game.

“We have the whole design document and business plan, but I wanted to get it in front of them and front of people,” he said. 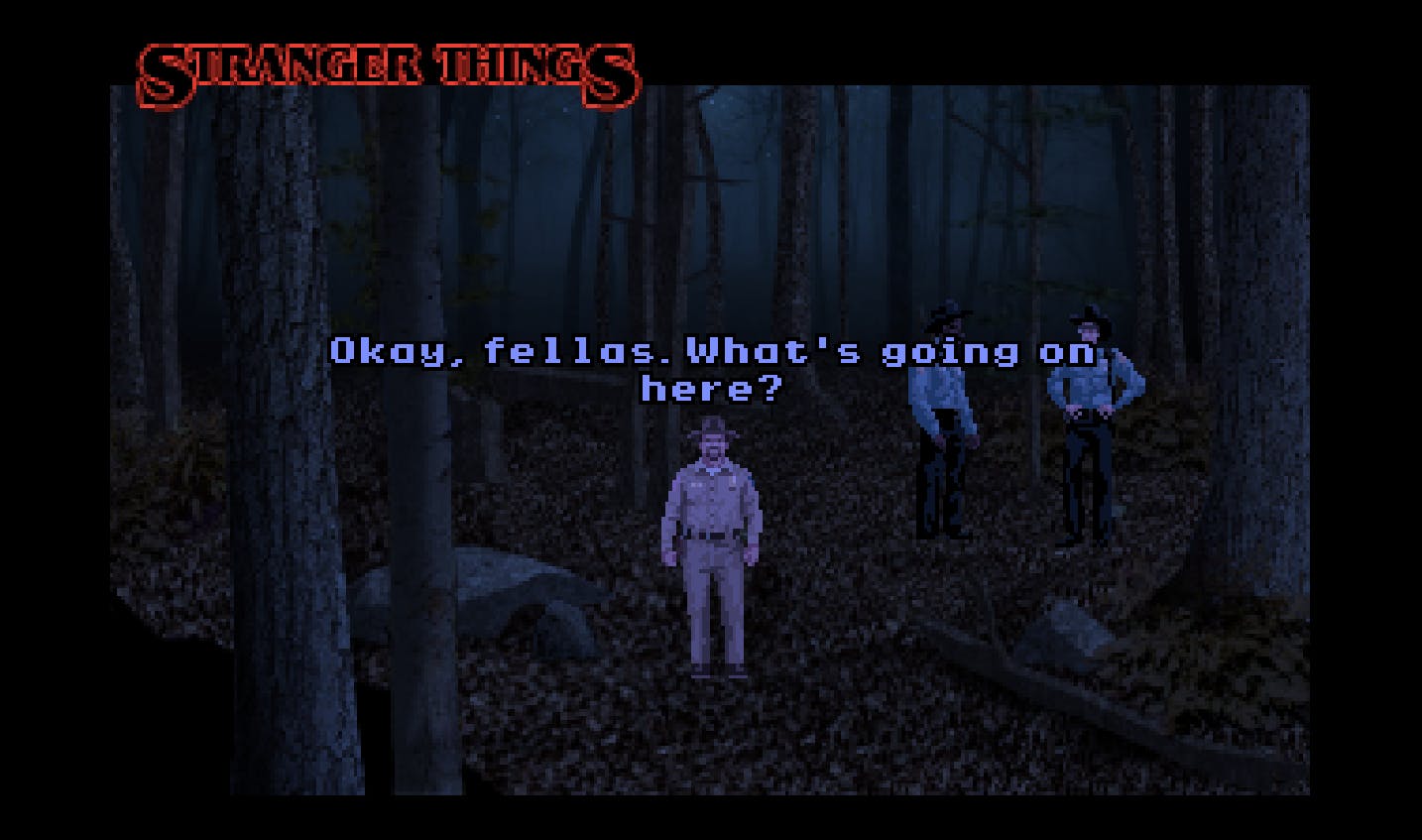 Alexander has been publishing original point-and-click adventure games like Quest for Infamy and The Order of the Throne: The King’s Challenge since 2012, when he founded his company, so it seemed like a no-brainer to create the world of Stranger Things in the same format.

“Friends of mine in the gaming community said, ‘Wow, this would be perfect for a retro-style adventure like what you make, Steve!’ So I did a lot of research about locations in the game, and started programming it myself, and my friends helped me do graphics and the music,” he said.

As far as Stranger Things goes, Alexander said that whether you grew up in the era the show takes place in or didn’t, it still seems to resonate with a part of everyone’s childhood.

“Even though its set in the ’80s, it’s also timeless,” he said. “They did it in a way that inspired a lot of people.”