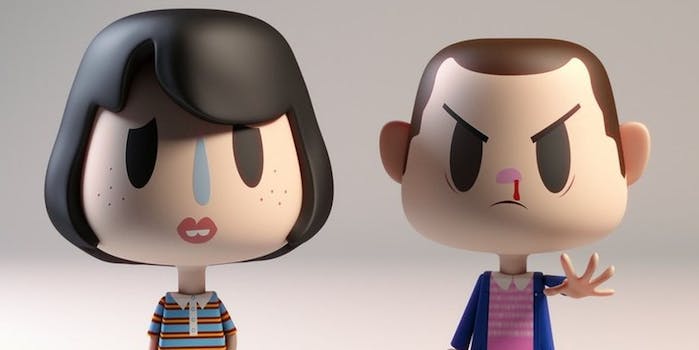 An artist on Funko's Vinyl Idolz line made these for fun.

It didn’t take long for us to get our  Stranger Things toy fix. London-based toy designer has shared some mock-ups for toys based on the hit Netflix series, and we are ready to buy them all.

Right. That's it out of my system now. Time to move on. Have a great weekend! #StrangerThings pic.twitter.com/aJ3zSOZXYU

The artist, who goes by the handle Kibooki, works for the Bath, England-based production company Evil Corp. If you dig the Funko Vinyl Idolz line, you have him to thank for it. He also tweeted single images for each of the character designs he did. We can imagine that Barb would be the rare chase figure in this set.

He also did a terrific rendition of Eleven that looks larger than the other characters and captures all of the character’s powerful determination.

Don’t be bummed these aren’t for sale. Since the artist already does work in toy design, we can can hope that a Stranger Things Pop! collection could be coming down the pipeline.