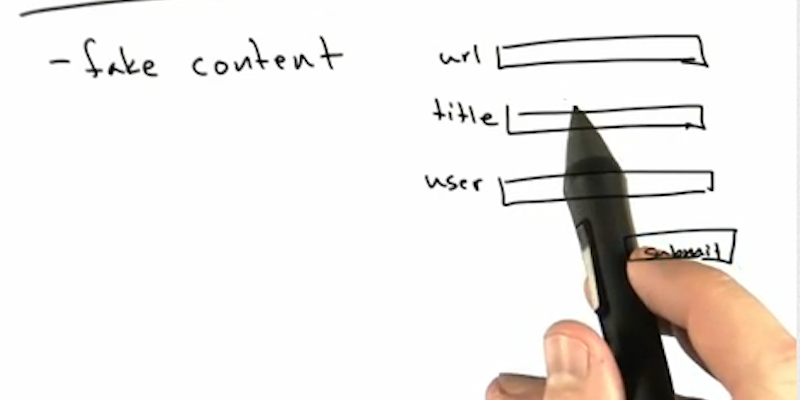 Here’s an interesting revelation from Reddit cofounder Steve Huffman: The social news site was built on a lie. Many hundreds of lies, to be more specific, in the form of fake user accounts that Huffman and fellow cofounder Alexis Ohanian used to populate the site in its earliest days.

“You would go to Reddit in the early days, the first couple of months and there’d be tons of … fake users,” Huffman says in a video for online educator Udacity.

Through those fake accounts, Huffman and Ohanian submitted high-quality content—the type of articles they wanted read. This “set the tone” for the site as whole, Huffman said and, at the same time, made it look populated.

Still, you need a lot more than dummy accounts to help a website take off and reach more than 35 million unique visitors, as Reddit has. Huffman said he’s not sure he and Ohanian would have had the same resounding success if they’d done it all over again.

“Social websites require a little bit of magic to work,” he said.