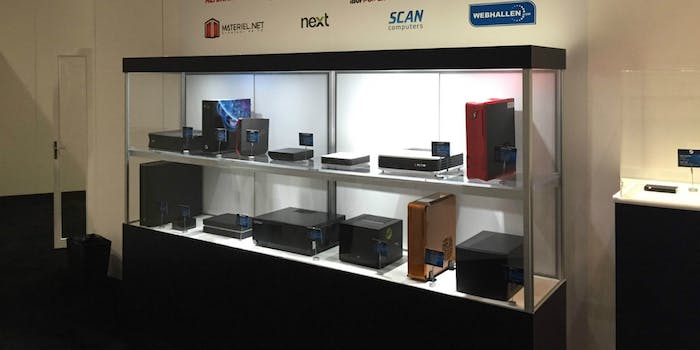 Valve Software’s plan to take over your living room

The living room is currently the empire of PlayStation and Xbox, with a province set aside for Nintendo. Valve Software is trying to muscle in on all of their turf.

There’s no question that the SteamVR system showed by Valve Software at the 2015 Game Developers Conference is something people will want in their homes. A large space is necessary to take advantage of the technology that makes free movement in virtual reality spaces possible. Users will have to run only a single cable from the Valve/HTC Vive rig to a PC to get the new tech up and running.

But that’s not all Valve has on offer. It would also like users to install Steam Machine micro-gaming PCs, or use a Steam Link streaming solution to broadcast games from a PC to a living-room television. Then the Steam Controller can bring the precision control of a mouse to console gaming. All three products will begin hitting the market in November.

Where the value of SteamVR purely as a new technology feels very clear cut after our GDC demo last week, everything else Valve showed us that day still needs to be proven. In two out of the three cases, the asking price is probably cheap enough to warrant experimentation from a curious PC gamer. When it comes to the Steam Machines, however, the question is very much an open one. 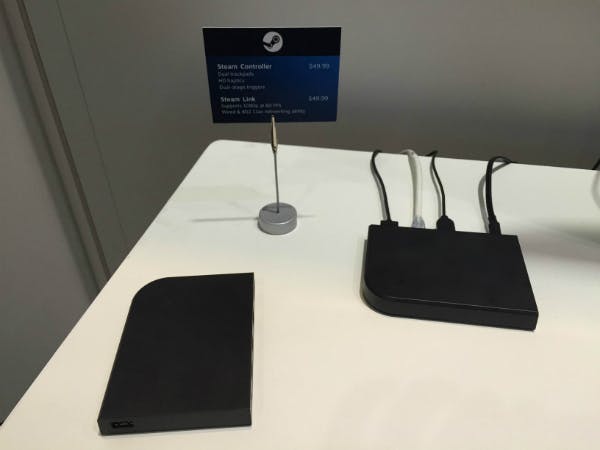 The Steam Link accepts game data via ethernet cable or wireless Internet and streams to your living-room television. At our GDC demo, Valve was streaming games wirelessly from a PC tower no more than 20 feet away, with nothing but ourselves and a futon between it and the Steam Link. That’s likely not a very accurate test case for anyone.

The Steam Link does have the ethernet port as a backup, in case the wireless connection isn’t smooth enough to be satisfactory. Of course if a hard wire needs to get involved to ensure a smooth connection, it’s fair to ask why you wouldn’t just run an HDMI cable from your PC to a port on the back of the television and bypass the Steam Link altogether? For an asking price of $49.99 it might be worth finding out, because running new cables is usually a pain. 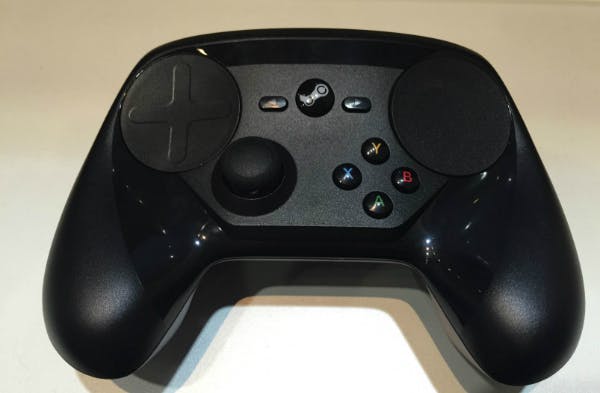 I had to look away from the television while trying the Steam Controller out on the first-person puzzle game The Talos Principle to figure out where the buttons were.

Valve has a reputation as a company that puts serious thought and research into controller hardware, to the point that experts in game accessibility often cite Valve’s efforts. The quality of the new SteamVR controllers certainly suggests that the reputation is earned. One could argue that Valve knows something we don’t in regards to why the seemingly odd button placement actually isn’t.

That still leaves the Steam Controller as a $50 experiment for early adopters. We’re confident that the jury will come in on the Steam Controller shortly after its release. Fence sitters shouldn’t have to wait very long before deciding whether it’s worth switching up from their current, favorite PC gaming control pad. 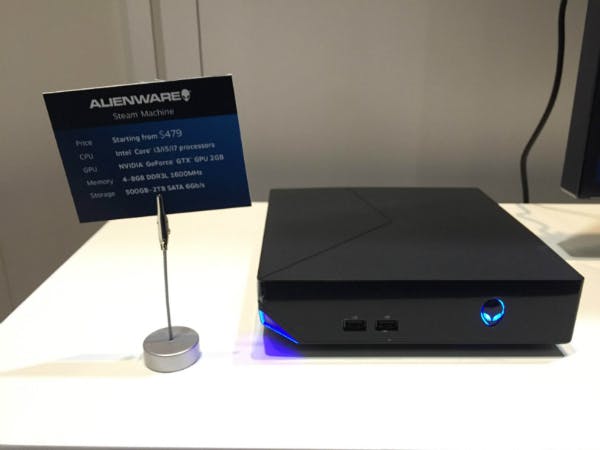 The Steam Machines—game-console versions of gaming PCs that run SteamOS—will be manufactured by a bevy of different companies and stress customizability. The question is in regards to price and what Steam Machine users get for their money, if they’re potential PC gaming customers to begin with.

The aforementioned Talos Principle demo used an Alienware-brand Steam Machine that will start at $479. The demo unit was running an Intel Core i3 processor, had 8 gigs of 1600 MHz RAM, and an NVIDIA GeForce GTX GPU with 2 gigs of VRAM. That’s a comparatively slow processor. The RAM and GPU specs are decent, however, and the Alienware Steam Machine was having no trouble with The Talos Principle.

That’s also a downright sedate first-person game compared to combat-based first-person shooters as far as hardware stress goes. What we took away from that demo is that someone who wants to get access to the huge Steam library on their television, and who doesn’t care about being able to play the newest PC games at top performance, might be well served with the i3 version of Alienware’s Steam Machine.

It’s when the more expensive Steam Machines come into play that the value proposition feels like it may fly out the window. 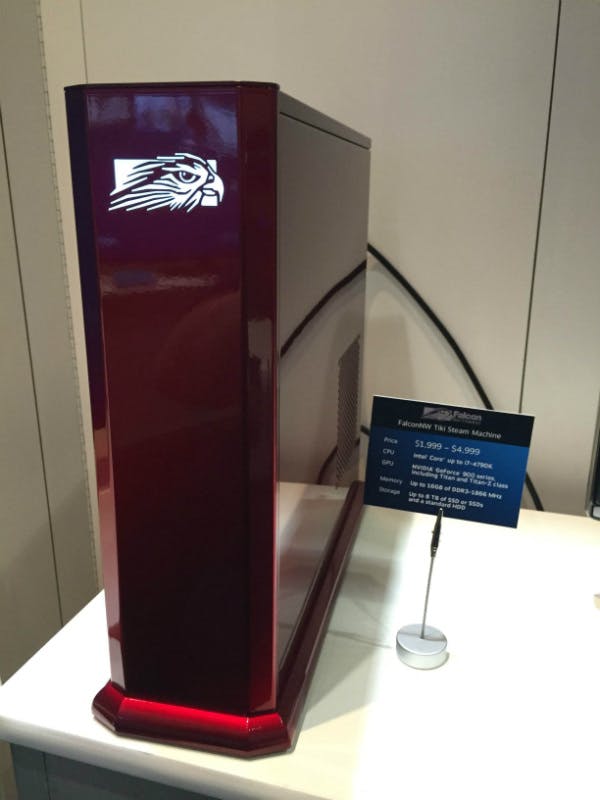 The second demo unit we were shown was manufactured by Falcon Northwest, a boutique gaming PC company. The FalconNW Tiki Steam Machine starts at $1,999. It also runs Intel Core processors, up to an i7, and supports NVIDIA GeForce 900 series cards including the Titan and Titan-Z class cards. The Tiki can support up to 16 gigs of 1866 MHz RAM, and up to 8 TB of solid-state drive memory.

Note all the “up tos” in that description: 900 series GeForce cards are overkill for current games on the market and 8 TB of SSD memory sounds opulent. It also likely accounts for a sizeable chunk of that $5,000 upper limit on the price tag, and it may be just as unnecessary. Keep in mind that Steam Machines are arguably meant to attract new PC gamers, not to inspire existing PC gamers to switch over from decades of min-maxing hardware price and performance.

You can get a high-end gaming PC built-to-custom for $1,500, with the ability to spend another few hundred dollars two years from now to pop in a new GPU and keep the rig at high end status. Why, then, anyone would instead spend $5,000 on a Steam Machine is beyond us. In fact, the appeal of anything other than the lowest-end Steam Machines is tough to figure out, perhaps with the exception of cross-platform gamers who might want a PC solution next to their Xbox One and/or PlayStation 4.

None of that is on Valve, obviously. Valve is merely providing an operating system for its library of PC games. It’s campaign to push PC gaming into the living room will get interesting in the middle of 2016. We should know by then which Steam Machines have found a consumer market. For now, the plethora of options makes the potential success or failure of the Steam Machine initiative impossible to predict.