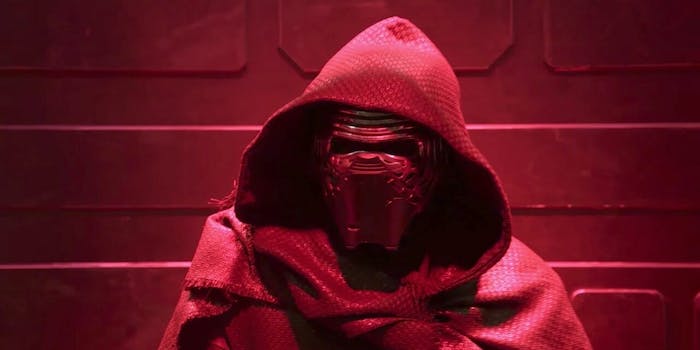 The First Order is not playing around.

Star Wars arrived at New York Comic-Con earlier this month with a booth that allowed fans to get a close-up look at some of the props and costumes from Star Wars: The Last Jedi. But those fans didn’t expect to get up caught in the middle of an intergalactic fight.

At some point during the weekend, a bunch of fans photographed and filmed their experience in the Star Wars booth just like everyone else before them. Except this time, they were interrupted with flashing red lights, sirens, and wanted posters for some of the visitors—and the First Order was on their trail. Luckily for them, they had a few allies willing to help them escape.

And as much as the crowd watched in awe and excitement, there’s still always something a little terrifying about seeing a would-be dark side wielder just straight-up choking someone mid-air.