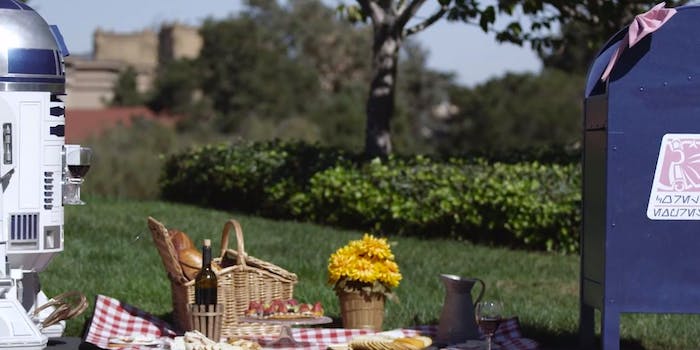 Beloved Star Wars hero R2-D2 is looking for someone special to share life with in the galaxy far, far away in a new short fan film “Artoo in Love.” The film shows the little astromech droid’s efforts to woo a bow-wearing mailbox. He encounters a rival, and in the end perhaps finds the droid he’s been looking for.

“A love for Star Wars, technology, and film making brought together a group of friends who wanted to create a film that brought joy to its viewers and showed their favorite character in the spotlight. San Francisco and Berkeley provide the perfect backdrop for this love story and are now officially Artoo’s stomping grounds,” states the film’s website.

The film was first shown at the Sonoma Film Festival before becoming free to watch online and capturing hearts everywhere.