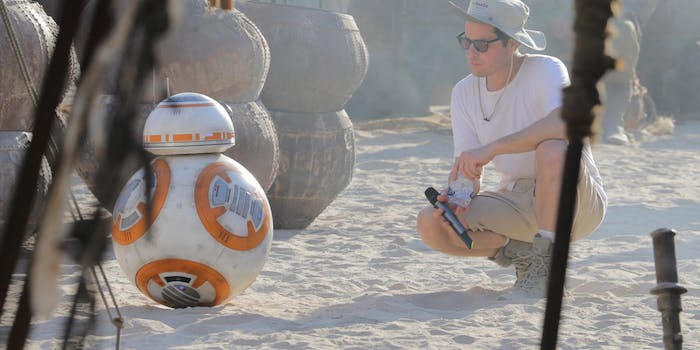 This NASA roboticist prefers C-3P0 to BB-8, but only for practical reasons.

Star Wars fans, you may have a new and unexpected enemy on your hands. He’s a NASA roboticist, and he doesn’t like BB-8.

As any fool knows, BB-8 is the world’s new robotic BFF, an adorable little pumpkin of a droid set to star in The Force Awakens. (BB-8 merchandise is also one of Disney‘s biggest cash cows this year, but hey. If it works, it works.) The bad news is that according to Brett Kennedy from NASA’s Jet Propulsion Lab, BB-8 just isn’t very well designed.

Apparently BB-8’s soccer-ball physique isn’t a practical option for interplanetary travel. Kennedy prefers C-3P0, although he also points out that some real-life robots now outperform C-3P0’s physical capabilities. But are they familiar with over six million forms of communication? No, we think not.