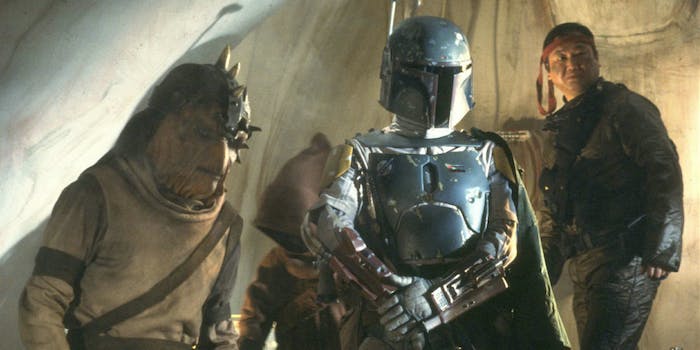 The internet is sharing their most ‘controversial’ opinions about ‘Star Wars’

They're all over the place.

Over the past several days, Star Wars fans have been sharing their hottest takes and most controversial Star Wars opinions, proving that while many of their gripes are entertaining, they might not be as controversial as we once thought.

The latest prompt comes from Twitter user @BoxerlessBossk, who asked a simple question.

The controversial opinions have arrived from all corners of the internet, encompassing varying degrees of seriousness, and offering a fascinating view of the wide mindset of Star Wars fandom. And amid all of that, the people who posted them not only have some pushback, they’ve also found others who agree with them.

They have plenty of thoughts on the characterization of several characters and where their arcs took them.

Star Wars is Princess Leia's story, as she struggles to save the galaxy while surrounded by fools who can't follow her simple directions. The only one who ever does what she asks is R2D2, when he delivers her message to Obi Wan https://t.co/ojqG7vmaOv

Chewbacca already killed and cooked the Porg just fucking eat it at this point https://t.co/MqBg827NLu

Han should have died in Return of the Jedi. https://t.co/TMebVWGBl1

Han was usually wrong about what he thought Chewy was saying. Chewy went with it because he didn’t want to make a fuss, but it was a constant source of tension between them and at one point Chewy considered leaving for another smuggler who really listened. https://t.co/dIt1oNsCC6

Along with the characters, Star Wars is known for its world-building, and people have varying ideas about how well some of those aspects worked.

That Star Wars is for kids more than it is for adults. https://t.co/HQWIB22Gtn

Number of catwalks and lack of railings show a blatant disregard for worker safety https://t.co/XtUIIGI02j

Stormtroopers are incompetent by design. Emperor was more fearful of coups than rebellion so the military was built, Soviet style, for massive mediocrity. No one unit capable enough to challenge the throne. Complete with deliberately fragile vehicles & a bickering officer corps. https://t.co/QGI4DFiw3o

there should be more bothans https://t.co/OwXdK4JcVG

I quite liked the Ewok song at the end of the original 'Return Of The Jedi'. https://t.co/3zURmAZjHX

The first 36 minutes of Return of the Jedi (essentially the entire Jabba's palace sequence from C3PO and R2D2's Tatooine desert entrance to the sail barge exploding while the good guys escape) is the single best section of any Star Wars movie ever made.

Rey's parents not being anyone special is more powerful than anything JJ Abrams might have been going for with his hints in Episode VII and it is true to the Star Wars spirit, as it ties her thematically to Anakin, who similarly came from humble beginnings. https://t.co/slzBiW1buE

The Jedi are the villains

(they kidnap children to train as janissaries, casually apply mind control, have no objection to slavery, lie ALL the time, leave their friends to burn to death without delivering a mercy stroke, and even cheat at dice) https://t.co/OKb2QkI8ro

Does your Star Wars ranking stray from what’s considered the norm? You’re not alone.

REVENGE OF THE SITH is better than all of them except EMPIRE. https://t.co/8hMDQ68G6z

Rogue One is fun to watch at points but isn't actually good. https://t.co/dVXKifKAKK

The prequels predicted our current political reality with surprising accuracy and are worth revisiting through that lens. It doesn't make them better movies, but it makes them more interesting ones. https://t.co/bIX4AAfKRG

The prequels are the best thing to ever happen to Star Wars.

Sometimes, the controversial opinion doubles as a criticism of how LGBTQ representation in the Star Wars films is practically nonexistent.

And then you have some classic Star Trek trolling, as you do.

The Kobayashi Maru is a winnable scenario. https://t.co/DeSUpaPco5

I'm not excited about Picard coming back and would rather see innovative new stories. https://t.co/2936Joe4ef

Star Wars is one of the biggest franchises in the world, and nowadays, it resides on a similar mainstream level as the MCU. Basically, so many people have so many thoughts and opinions on it that there’s a good chance that your controversial opinion might not be all that controversial. (See, for instance, at just how frequently Boba Fett is cited with this prompt.) It doesn’t take long to find other people who enjoyed the prequels more than some of the original trilogy, didn’t like some of the original films as much as we’re supposed to, felt that Leia should’ve been trained to become a Jedi over Luke, see the Jedi as the true villains of the series, loved (or hated) The Last Jedi, or any other possible scenario.

Even @BoxerlessBossk noted how common some of the controversial opinions were.

Some of the most common takes?

Many of these might even be very common or even popular opinions. But despite how the sequel trilogy and standalone films, TV shows, books, and comics have reinvigorated Star Wars fandom over the past several years and evolved what a Star Wars story can do, an old-school train of thought prevails. And if you go against the grain (one in which, at least perception-wise, is dominated by older fans) in your view of Star Wars—one in which the original trilogy ranks above all and the prequels were terrible—well, that’s considered controversial.

So no, your controversial opinion might not be all that controversial. But in the process, there’s also a nice feeling to knowing that you’re not the only one who had that particular thought about it.