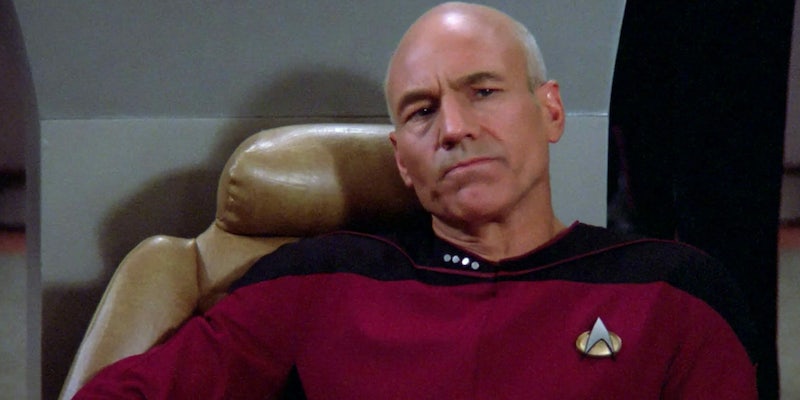 Kurtzman’s agreement with CBS involves expanding the franchise with new series, miniseries, and potential animation. While the network hasn’t revealed any specific projects, there are apparently three in the works at the moment. One may involve Patrick Stewart reprising his role as Captain Picard.

With two Star Trek movies now in development at Paramount, this may sound like a recipe for oversaturation. However, it’s worth remembering that throughout the 1990s, there were two Star Trek shows airing concurrently while the movie franchise continued to release new sequels.

This isn’t the first we’ve heard of more Star Trek content at CBS. Patrick Stewart was already rumored for some kind of reboot, and last month, Wrath of Khan director (and Star Trek: Discovery consultant) Nicholas Meyer confirmed that he had been working on a trilogy of made-for-TV Star Trek movies for CBS. Sadly, these have almost certainly been mothballed due to a legal conflict between CBS and Viacom.

Alex Kurtzman co-wrote and produced the first two Star Trek reboot movies, so he’s already very familiar with the franchise. He’s credited as Discovery‘s co-creator, and took over as showrunner this month after Gretchen Berg and Aaron Harberts were fired, allegedly for verbally harassing the writing staff. Season 2 is currently in production, expected to arrive in early 2019.