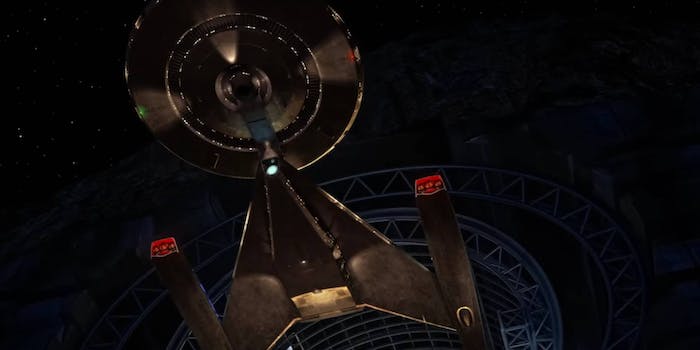 ‘Star Trek: Discovery’ delayed until May 2017

The new 'Star Trek' creators need more time to work on 'Discovery' before it airs.

A moment of silence for Star Trek fans. The new show, Star Trek: Discovery, has been delayed from January to May 2017.

The series is still going to air on CBS All Access with Bryan Fuller at the helm, but the creators need more time before it’s ready to air. In a joint statement, Fuller and co-executive producer Alex Kurtzman (cowriter of the 2009 Star Trek movie) had this to say:

“We aim to dream big and deliver, and that means making sure the demands of physical and post-production for a show that takes place entirely in space, and the need to meet an air date, don’t result in compromised quality.

Before heading into production, we evaluated these realities with our partners at CBS and they agreed: ‘Star Trek’ deserves the very best, and these extra few months will help us achieve a vision we can all be proud of.”

Fuller said last month that fans should expect casting announcements in October, which seemed late for a show airing in January, but is more realistic for Discovery‘s new airdate in May.