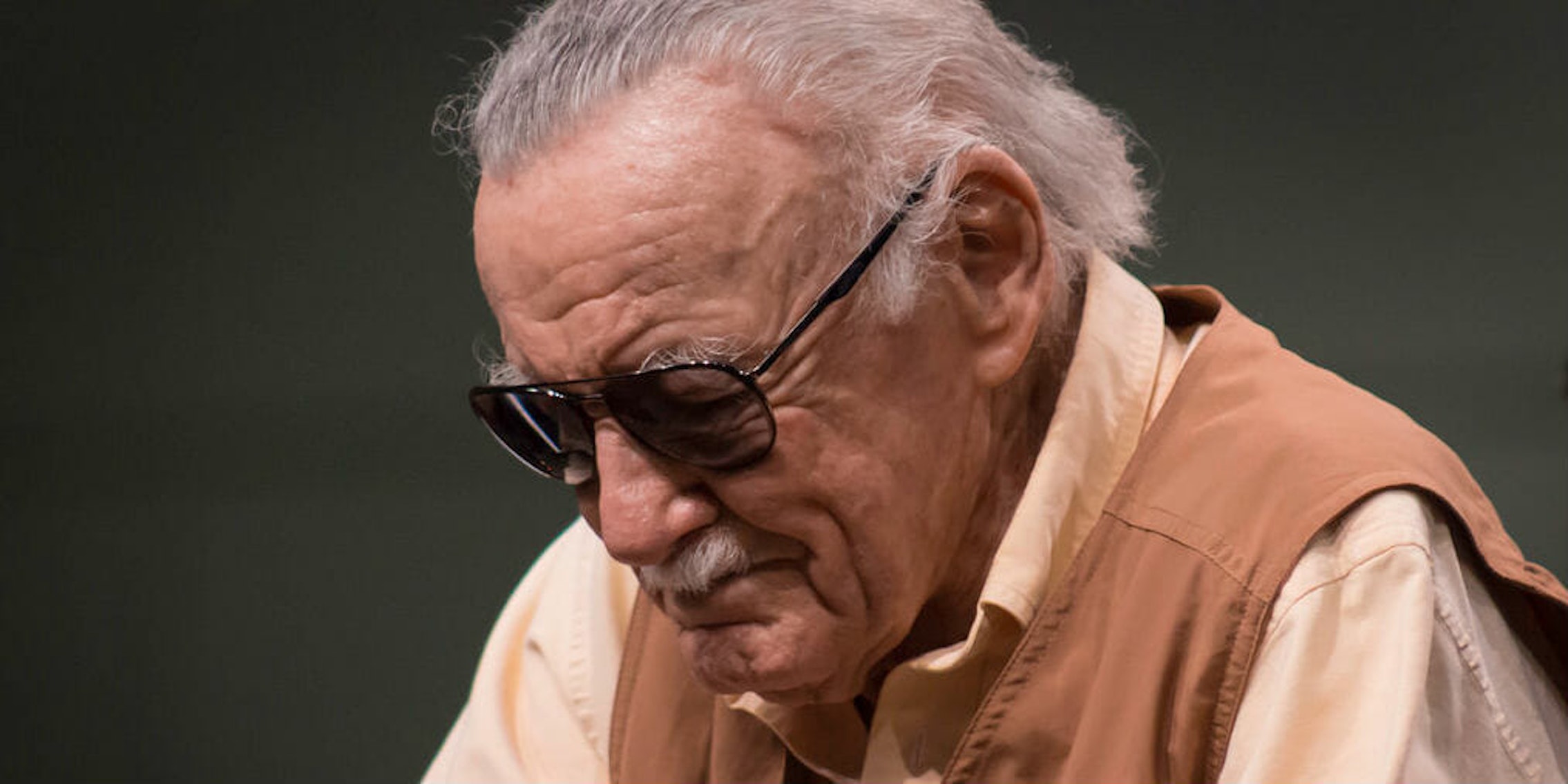 It's the latest bizarre twist in the 95-year-old's troubled personal life.

Police were called to the home of Stan Lee late last week where two reported gunmen were detained for allegedly showing up at the Marvel creator’s Hollywood Hills residence and demanding money, according to the Daily Mail. The incident occurred at 7:30pm when a 911 call was made, claiming that the two men arrived at his Los Angeles home and said that Lee owed them money and they wanted it paid back.

One or both of the men had apparently also been spotted on the property the previous day. Lee was accompanied by his lawyer, business partner, and a nurse at the time of the confrontation, and when it became apparent that the men were armed, they all retreated back in the house. From the newspaper:

The source, who asked not to be named, said up to 20 cops arrived and police helicopters whirred above. “It was crazy, the cops had their guns drawn and there were spotlights from two police helicopters, it was very scary and pretty intense,” the source said.

“The cops said, ‘Put your hands up,’ so the guys got on their knees and on the floor, they were handcuffed and they were put in the car.”

This is just the latest bizarre twist in the 95-year-old’s increasingly disconcerting personal life. Since his wife died last year, Lee’s health has been declining, and earlier this year he was accused of sexually harassing and groping his home health care nurses. Later, Lee claimed that $300,000 had gone missing from his bank account and that someone had purchased an $850,000 house under his name. The Los Angeles police were called to investigate elder abuse.

Then, in April, another scandal erupted when an associate of the comic book icon was accused of stealing his actual blood to make “DNA ink” for customized autograph stamps.

After this latest incident, it’s unclear whether any charges were filed or what the apparent dispute was concerning.