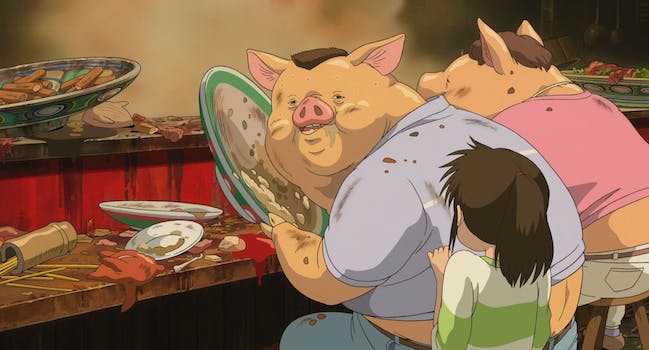 There's much more to Chihiro's parents transformation than just gluttony.

Spirited Away fans have speculated over the deeper meaning of fantastical moments in the film for years. Now they’re finally getting some answers, right from beloved director Hayao Miyazaki himself.

Japanese Twitter user @0910noncha sent some questions about the film to Studio Ghibli earlier this year. To her delight, she got a thoughtful reply from a Ghibli employee, which she posted to her Twitter account on July 9.

According to a translation from Rocket 24 News, the employee told her that Miyazaki said that Chihiro’s parents becoming pigs at the start of the film symbolized Japan’s bubble economy of the 1980s. In a particularly telling passage, the letter says that after someone becomes a pig, they never return to being human but instead adapt to the body and soul of a pig. “This doesn’t just apply to the fantasy world,” it read. 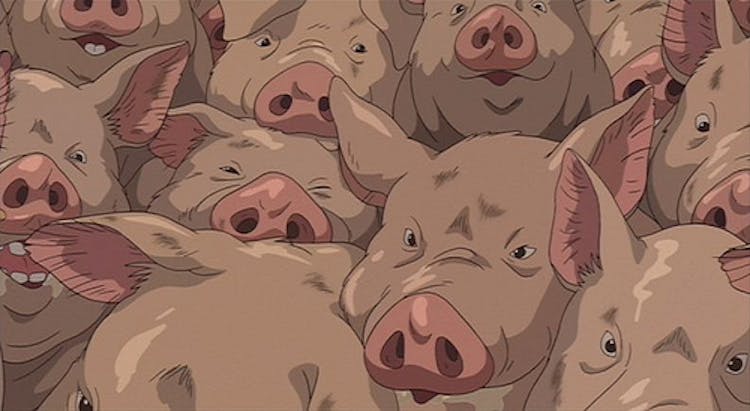 The letter also mentions that Chihiro knew that none of the pigs at the end of the film were her parents, saying that she had gained the “energy to live,” in her adventures, “which is something everyone can do naturally.”

The vague answer doesn’t shed much light on a part of the movie fans argue about regularly. But the comments about why they transform into pigs in the first place deepens the theme on greed and sheds light on a part of Japanese history that most foreigners don’t know much about. The enormously profitable time Japan remembers as the bubble economy was followed by a stock market crash in 1991, throwing the country into severe financial crisis remembered today as the “lost decades.” In short, Chihiro’s parents are a memory of one of Japan’s most foolish times, as well as a reminder that such greed leads to devastating consequences.

These tidbits are a reminder of why we love the richness of Ghibli films so much. They provide much more than just a lovely story. Layers and layers of subtext lie in wait if you’re fascinated enough to go digging for them.