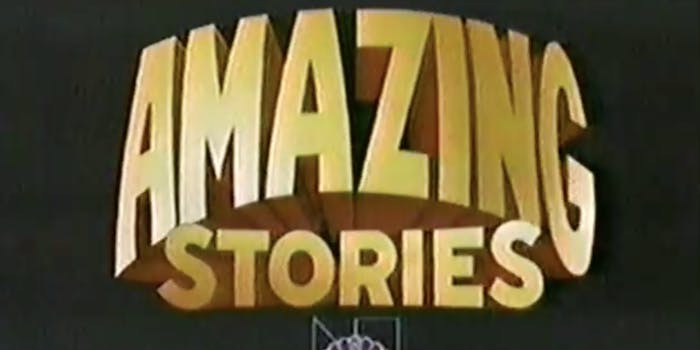 Apple wants to be a hub for premium entertainment.

Apple has signed a deal with Amblin Television and NBCUniversal to bring back Steven Spielberg’s cult classic Amazing Stories, an anthology series that ran for two seasons from 1985 to 1987 on NBC. The deal marks one of Apple’s first big ventures into original TV programming.

Bryan Fuller (Hannibal, American Gods) has been tapped to write and executive produce the series. The reboot is set to have 10 episodes, each with an expected $5 million budget, according to Apple Insider.

The original series was composed of episodic short tales that centered around fantasy and horror stories akin to The Twilight Zone. It is not clear if this reboot will continue with the show’s traditional format or introduce new elements. A release date has also not been revealed.

“We love being at the forefront of Apple’s investment in scripted programming, and can’t think of a better property than Spielberg’s beloved Amazing Stories franchise with the genius of Bryan Fuller at the helm and more exciting creative partnerships to come,” Jennifer Salke, president of NBC Entertainment, said in a statement to Variety.

Variety previously reported Apple’s plan to spend upward of $1 billion over the course of 2017 to establish the company as a hub for premium entertainment.