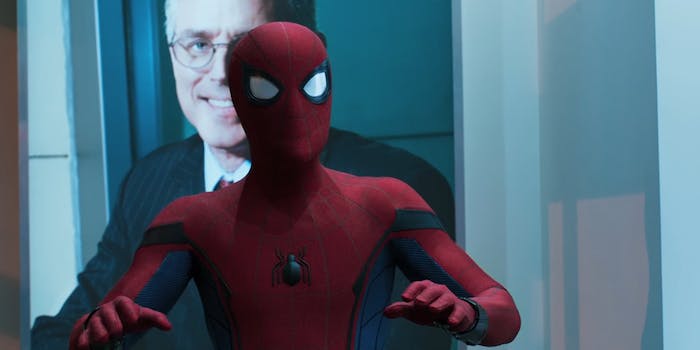 Peter's humor is on full display.

The first full trailer for Spider-Man: Homecoming is here, and it looks like the police will be the least of Peter Parker’s worries.

The high school feel that made one of Marvel’s most iconic superheroes is back as Peter attempts to juggle fighting bad guys alongside it—some who even don Avengers’ masks. He wants to be an Avenger, but for once Tony Stark is being responsible and tries to keep him from getting too much in the thick of things. But that never works out as well as you’d want it to.