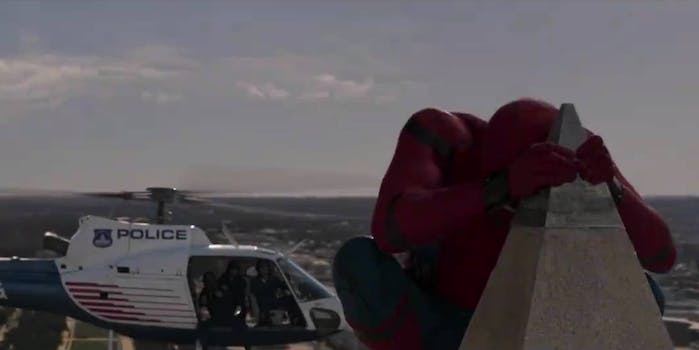 As a teaser for Thursday's trailer, Marvel released this brief clip from 'Spider-Man: Homecoming.'

Marvel just posted our first look at Spider-Man: Homecoming as a warm-up for the first trailer arriving on Thursday.

The clip includes a cameo appearance from Iron Man‘s Jon Favreau as Happy Hogan, handing over a new suit to Peter Parker, played by Tom Holland.

Tomorrow, Spider-Man comes home. Tune into @JimmyKimmelLive for a first look at the #SpiderManHomecoming trailer! pic.twitter.com/bBSKU9r4Wn

Spider-Man: Homecoming is technically a partnership between Marvel Studios and Sony, but it looks like they’re emphasizing the film’s connection to the Avengers universe.