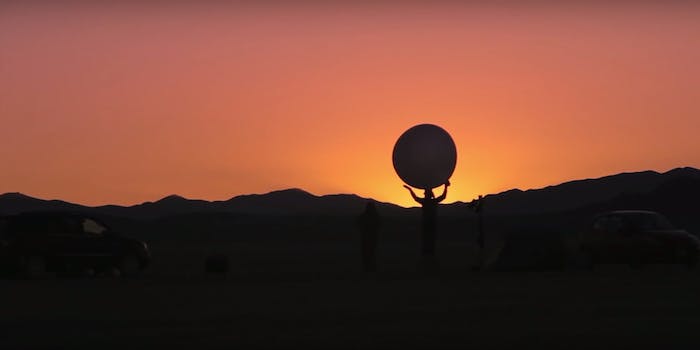 This will change the way you picture our solar system forever.

We’ve all seen scale models of the solar system, but it turns out that none of them were accurate—until now.

Typical illustrations and models show the relative size of the planets but depict their orbits as far too close together. To show what our solar system truly looks like, DIY enthusiasts Wylie Overstreet and Alex Gorosh had to drive to a gigantic dry lakebed in Nevada and build a scale model there.

With Earth being played by a tiny blue marble, they needed seven miles of empty space to map out the rest of the planetary orbits from Neptune to the sun.

To illustrate the orbits of each planet, they then filmed time-lapse footage of cars driving miles away from the “sun” in the middle.

Filmed at sunrise, the final footage of their scale model is stunning. This is the solar system as you’ve never seen it before.