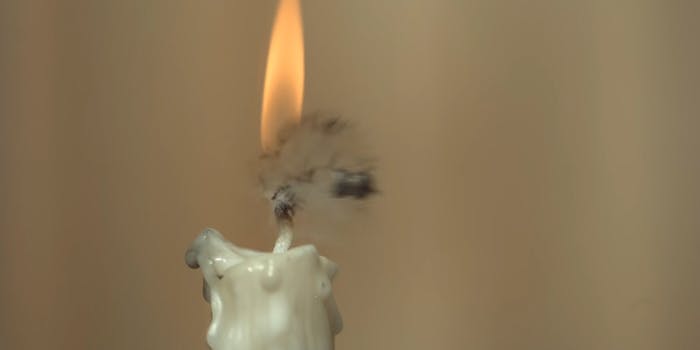 The Slow Mo Guys have filmed just about everything you can imagine (and then some) in slow-motion, but now they’re trying to put out the flames in an extremely cool and impractical way.

In their latest video, the Slow Mo Guys used an air pistol to shoot out the flame of a candle wick. To make things interesting, they used what the video description called “the most inaccurate air pistol” and shot at it from three meters away. They set up their camera, rolling at 28,000 frames a second, right behind the candle to capture the action.

While the end result is worth it, even the failures are something to behold.