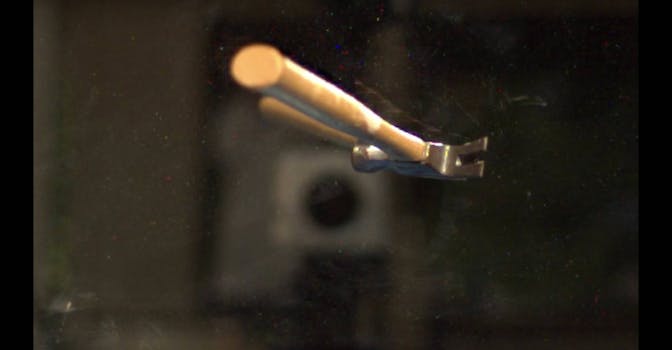 Slow-motion video of a hammer hitting mirror reveals something amazing

It's straight out of The Matrix.

If you think you’ve already seen all there is to see in slow motion, you’d be right—almost.

The Slow Mo Guys on YouTube posted a video of a hammer flying into a mirror. What makes it special is they filmed it at a much faster frame rate than they usually do: 120,000 frames per second. That means the resolution wasn’t as good as most Slow Mo Guys videos, but what they did capture is kind of amazing.

At the 1:36 mark, you can see a shock wave ripple through the mirror right as the hammer strikes it. As the Slow Mo Guys note, it looks a lot like that iconic scene in The Matrix when the helicopter strikes the glass-sided building, sending a ripple through it.

In the words of Neo: woah.

SEE ALSO: These are some trippy GIFs