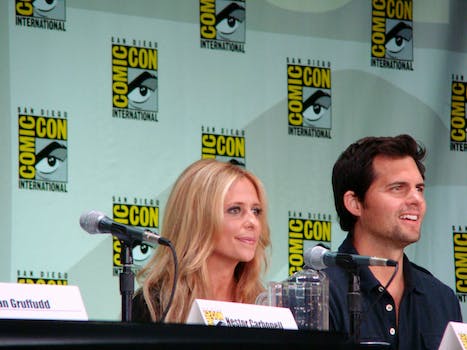 Unlike 'Gilmore Girls,' 'Buffy' probably won't return for a revival.

After the buzz of excitement for revivals like Gilmore Girls and Twin Peaks, we’re not surprised that people are asking Sarah Michelle Gellar about the possibility of a Buffy the Vampire Slayer reunion. But according to her, Buffy is over for good.

Speaking to the Hollywood Reporter, Gellar explained that her concerns were less to do with personal issues like her career or availability for filming, and more about the way Buffy’s story ended in 2003.

“I have always believed that what was so unique about the show was the use of horrors of those formative years,” she said.

“With high school and college as a backdrop, we were able to address racism, identity, bullying, guilt, death, first love and heartbreak using the demons as metaphors for the demons we all experience. I am not sure how that translates into adulthood, although I am sure it could. The burden of saving the world a lot always weighed heavily on her, so for her sake, I hope she is somewhere on a beautiful beach located far away from any Hellmouth.”

It’s a thoughtful answer and one that fits Buffy‘s legacy as a teen show. After such a definitive series finale, many fans would prefer to imagine Buffy and her friends living a happier life in their thirties and forties. And for those who want to watch the adventure continue, there’s always the official comics, which reached “season 11” last year.