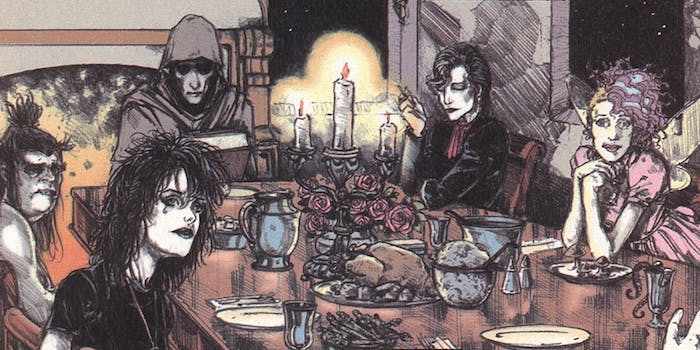 3 reasons why the ‘Sandman’ movie is a bad idea

Good luck making an authentic adaptation of a 10-volume tragedy about the god of dreams.

Sandman, the epic fantasy/horror comic written by Neil Gaiman, has been in movie development hell since the ’90s.

The original graphic novels are widely regarded to be a triumph of the genre, but Sandman is also notoriously difficult to adapt. Various TV and movie projects have tried and failed over the years, but now it looks like Warner Bros. may finally get one off the ground.

Following the success of other comic book adaptations, Warner Bros. gave the go-ahead on a Sandman movie co-produced by Joseph Gordon Levitt and David S. Goyer (Man of Steel), who will also direct. This week Goyer announced that the studio had approved an early draft of the screenplay, and that Gaiman is involved—although probably not in a serious capacity, given the author’s multitude of other projects. The precise phrase Goyer used was that Gaiman “has been in the room with us and is a vital part of the team.”

Considering the number of superhero movies currently in production, Sandman should be a breath of fresh air. The comics won numerous awards, continue to sell well after more than 20 years, and have cross-genre appeal beyond “traditional” comic book audiences. In theory, a Hollywood adaptation could result in the same kind of success as Harry Potter or Game of Thrones.

Unfortunately, the upcoming movie is highly unlikely to satisfy Sandman fans, for a number of reasons.

Harsh but true: David Goyer is not the right person to adapt Sandman for the big screen. It’s easy to understand why he was chosen, though. Sandman is a comic from DC/Vertigo, and Goyer has worked on numerous DC adaptations including the Dark Knight trilogy, Man of Steel, and NBC’s Constantine. He’s also known for other “dark” comic book properties like The Crow: City of Angels, the Blade trilogy, and Ghost Rider.

None of these movies were ever acclaimed for their writing, so it’s just as well that Sandman’s primary screenwriter is Jack Thorne, best known for British TV shows  like Skins and Shameless. But Goyer will still have a great deal of creative control over Sandman, which doesn’t bode well. All of his previous comic book movies boil down to simple action/horror concepts, with the strong underlying theme of “angry man punches things.”

When you’re relying on a man who wrote Ghost Rider: Spirit of Vengeance (Rotten Tomatoes rating: 18 percent) and whose best-known directorial work is Blade: Trinity, Sandman may as well be Paradise Lost.

NBC’s Hellblazer adaptation, Constantine, is the most worrying example of Goyer’s attitude to adapting mature comics for a wider audience.

Like Sandman, Hellblazer is adult-rated and downbeat, its main character is rarely heroic or victorious, and many of the storylines are inspired by mythology and folklore. Constantine, which has Goyer and Daniel Cerone (Dexter) as its two showrunners, was marketed as a labor of love from two fans who wanted to make a better Hellblazer adaptation than the poorly received Keanu Reeves movie.

Their success was dubious at best. Constantine feels like it was based on the one-sentence pitch of “John Constantine is an occult adventurer with an angsty backstory and a dark sense of humor,” whereas to most fans, the appeal of Hellblazer is far more complex. Tragic, weird, and deeply political, Hellblazer shares few of its central themes with Goyer and Cerone’s Constantine. In their version, former counterculture underdog John Constantine is cast in the most commonplace role on American TV: a morally ambiguous man with a troubled past, who saves people from bad guys while flanked by a female sidekick with no personality. 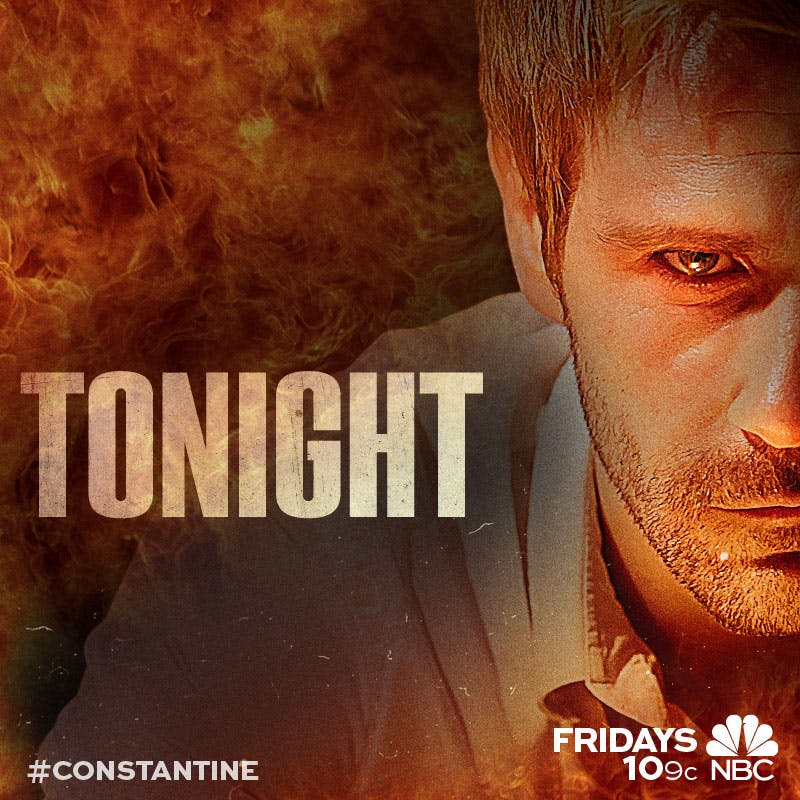 This is ominous news for Sandman, a complex story that regularly critiques its own protagonist. Which brings us to our next point.

The core narrative of Sandman takes place over a 75-issue, 10-volume series of comics. Unlike most comics that make it to Hollywood (i.e. ongoing superhero titles with multiple story arcs by different writers), Sandman was masterminded by a single author and can be read as one “book” from beginning to end. Neil Gaiman described the central plot as “The Lord of Dreams learns that one must change or die, and makes his decision.”

It’s obviously impossible to adapt something like this into a single movie or even a trilogy, so we have to assume that Warner Bros. either plans to build a franchise inspired by core moments in the overarching storyline, or a standalone movie based on one particular arc. There are several storylines that could fit the bill, but retaining the tone and emotional impact of the original will be very, very difficult within the framework of a Hollywood blockbuster.

While it is possible to write a thematically accurate screenplay based on a Sandman story, it would require serious alterations before a Hollywood studio would agree to film it. Warner Bros.’ goal is to make money from Sandman, and their other recent DC adaptations have all been pretty conservative. They’re unlikely to invest in a screenplay that focuses on a nuanced emotional journey, adult-rated horror, or Dream’s relationship with his family.

The movie is far more likely to rely on a familiar Hollywood blockbuster arc: a protagonist either has to locate a MacGuffin or defeat an enemy, and is hampered by various antagonists. In the context of Sandman, the most obvious choice is the introductory volume where Dream escapes from a long imprisonment and goes on a quest to retrieve various magical objects. This could definitely be made into a financially successful Hollywood movie. Whether it would be a satisfying adaptation of Sandman is up for debate.

At the moment, it’s probably a good idea to remain realistic about the prospects of the Sandman movie. There are still reasons for optimism, such as Gaiman’s involvement and the fact that screenwriter Jack Thorne has won several awards for work on smaller projects. But you also need to remember why it’s taken so long for a Sandman adaptation to get off the ground in the first place.

The DC/Warner Bros. partnership has shown signs of innovation in recent months, but only in the sense that they greenlit a handful of movies that don’t star white male superheroes. Sandman is the most ambitious comic book adaptation of all time, and while it’s exciting imagine it reaching the big screen, David Goyer and Joseph Gordon Levitt are not the most encouraging of creative teams.

Photo via hesnotewell/Tumblr (Sandman, The Wake)