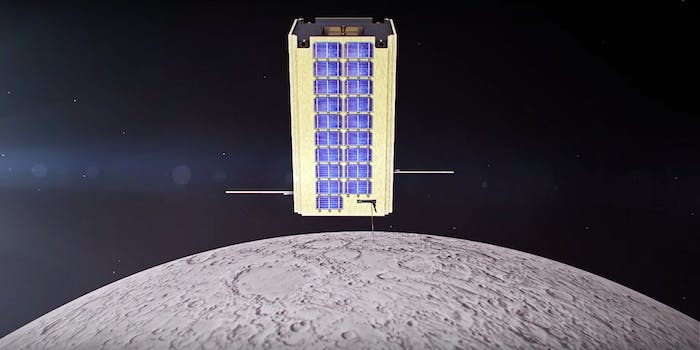 Their plan is simple: take photos of the moon, prove America was never there.

In the annals of conspiracy theories, suggesting that the NASA lunar landings of 1969 were fake is a classic. Now a group of Russian skeptics are crowdfunding a project to launch a high-definition camera to the moon to look for evidence that the NASA astronauts were really there.

Their project, funded on the Russian-version of Kickstarter, Boomstarter, has already raised more than 1 million rubles (about $16,000.) According to Meduza, the project’s creators say they need another $8,000 before they can begin the planning phase of the project. They hope to send the camera along with spacecraft planned to fly to the moon from China, India, or Russia over the next 10 years.

Of course, we already have similar evidence of the NASA landings from the space agency itself. In 2009, NASA launched the Lunar Reconnaissance Orbiter to make maps of the moon. Naturally, some of these images would include remnants of the Apollo missions like the lunar rover that the astronauts left behind. Those images can be seen here, but the actual pieces of equipment are pretty hard to make out—making them that much easier to “debunk” in the eyes of conspiracy theorists.