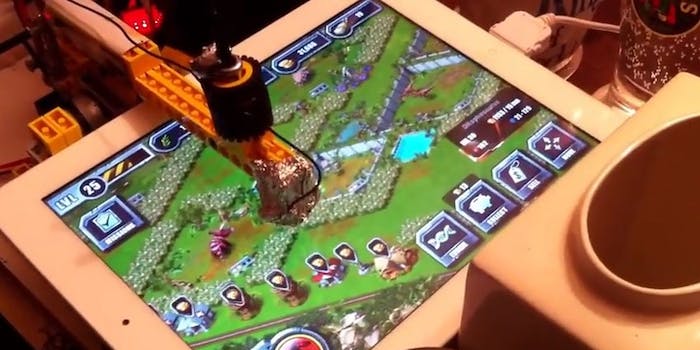 What other tricks does this guy have up his sleeve?

Guinness World Record holder Uli Kilian is an expert with things that sport many moving parts.

In 2011, he achieved his record-holder status when he solved 100 Rubik’s Cube puzzles in about four hours during the London Marathon. Now, he has demonstrated his talents with a completely different toy: Legos.

According to Wired, Kilian figured out how to master the free-to-play iPad game Jurassic Park Builder, which challenges players to earn in-game currency by tapping on dinosaurs every few minutes. Since he can’t tend to the game’s tedious tapping all the time, he enlisted the help of a Lego Technic set.

The Lego Technics robot taps the dinosaurs while Kilian performs other tasks, like sleeping. Brilliant.