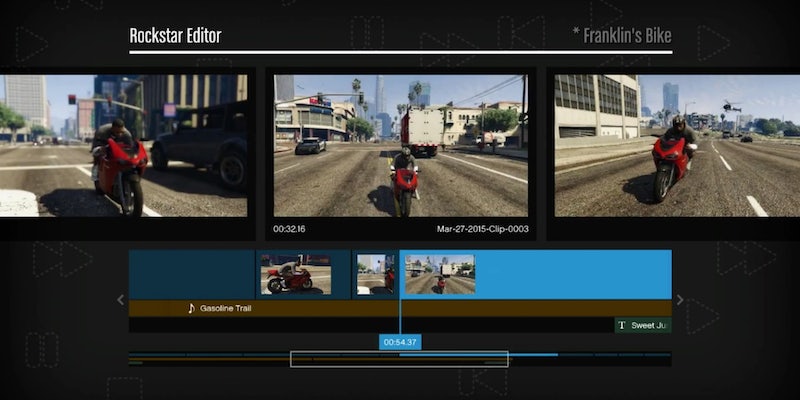 The video editing suite included in the PC version of the game looks robust.

The Rockstar Editor features the ability to select characters from the game and use them like actors to set up scenes, to control the environment (like time of day and weather), and to select background music for the video. In other words, the Rockstar Editor is not merely a footage capture system. It’s also a proper movie-making tool.

This changes the game in terms of what player-created video content for Grand Theft Auto V will look like after Tuesday’s release of the PC version of the game.

This video, the first ever to be made with the tool, gives us a good idea. It was posted Monday afternoon on the 8-Bit Bastard YouTube channel.