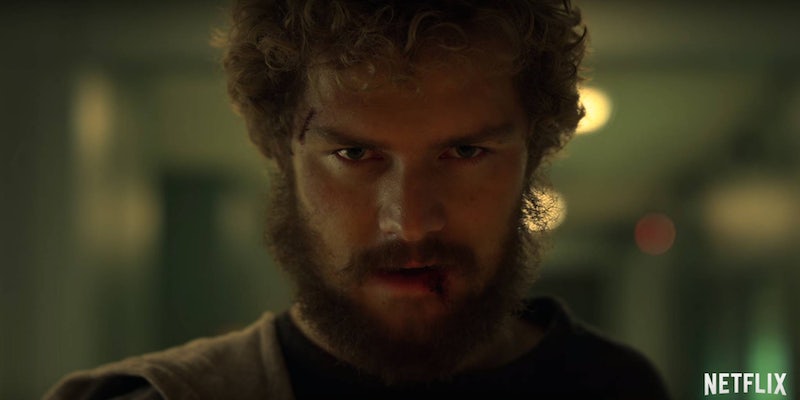 'Deadpool' legend Rob Liefeld has weighed in on the Iron Fist casting debate.

The controversy over the Iron Fist Netflix series shows no sign of dying down, as fans continue to debate whether Marvel was right to cast a white actor in the lead role.

1990s comics legend Rob Liefeld (Deadpool, X-Force) is the latest to step into the fray, weighing in on Twitter.

Let me be clear. There is nothing racist about Iron Fist/Danny Rand. Ever. For over 40 years Marvel has published him, as is, w/out incident https://t.co/lh0TH6e0dh

The discussion about Iron Fist casting began long before the show was even in production, with fans campaigning for an Asian American actor back in 2014. While the character (an expert martial artist named Danny Rand) is white in the comics, some fans wanted him to be rewritten as Asian American to avoid the racist subtext of his origin story.

Created at the height of the 1970s kung-fu movie craze, Iron Fist is an American who learns martial arts from masters at the hidden city of K’un-Lun. He becomes their best student and earns the power of Iron Fist, the ability to channel superhuman energy into his fists. Basically it’s a story about a white guy being better at martial arts than everyone else, steeped in tropes that critics regard as examples of cultural appropriation.

Marvel wound up casting actor Finn Jones, who is white and has no martial arts background, and the backlash returned when a new trailer was released this weekend. That’s when Rob Liefeld chimed in.

This is absurd. The Iron Fist that I have enjoyed for 40 years is not a racist trope. https://t.co/1eUcHcb9BM

I simply don't understand this. Danny Rand has always been portrayed as blonde haired, Caucasian, fish out of water. https://t.co/yH8ppb17jX

Liefeld is very active on Twitter, tweeting enthusiastically about comics and superhero movies, and talking to fans. The Iron Fist controversy is a rare moment of negativity, as he argued with dozens of fans about the character’s history. According to Liefeld, Iron Fist “has never ever been considered racist,” and casting an Asian American actor would be “reverse white-washing.”

This is about a comic character being cast to reflect his history. You are making it something else. Why is race an issue w/this? https://t.co/XyaK1kCmzd

Like most fans who support the casting of Finn Jones, Liefeld argues that the show is just following the canon of the original comics—although plenty of Marvel adaptations have drastically altered the origins of popular characters with no backlash, such as Thor, Bucky Barnes, and Scarlet Witch.

Describing Danny Rand as a “fish out of water,” Liefeld echoed a sentiment that Marvel TV boss Jeph Loeb shared at New York Comic Con this weekend, saying that Danny’s status as an “outsider” was a vital aspect of the story. But for a lot of fans, it’s hard to understand how a white guy with superpowers can be an “outsider” in the Marvel universe, where almost all of the main characters are, yes, white guys with superpowers.