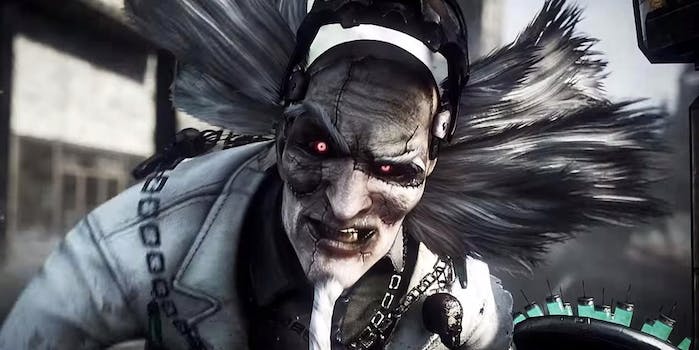 Western audiences are getting a new take on the Mobile Suit Gundam Extreme Vs. games.

It’s good to see companies taking risks. The games industry has been so inundated with sequels and shooters that games can start to look the same. The team over at Namco/Bandai want to change that with Rise of Incarnates.

Based on the Mobile Suit Gundam Extreme Vs. series Namco/Bandai wants to bring the popular 3D arcade fighter to the U.S. It plans to release the game later this year as free-to-play on Steam.

A demo version on display at E3 last week included four mythical characters set in a post-apocalyptic New York. The gameplay was pretty simple to pick-up and play, but clearly there additional nuances to the fighting mechanics. The game is played in teams, two-on-two, and players must defeat opponents a certain number of times to win the match. Matches are relatively quick, not lasting more than a few of minutes.

The player views their onscreen character from a third person view, as they lock on, traverse, and attack opposing enemies with light, heavy, and special moves. The concept was pretty fun and it’s little wonder it’s such a hit overseas. It’s also easy to see the game becoming a great party game, similar to Super Smash Bros.

The developers decided to revamp the game for a western audience out of concern that gamers would be reluctant to pick up a Gundam game (popular in Japan). By releasing the game on Steam and bringing in a new set of characters, it’s more likely that players will give the game a try.

While right now it’s only available for PC, the game could be a lot more fun with friends around the same television screen. Namco/Bandai does hope that the game gets popular enough to warrant a full console launch, but until then it plans to use Steam as a testbed.

Expect the game to launch on Steam later this year.