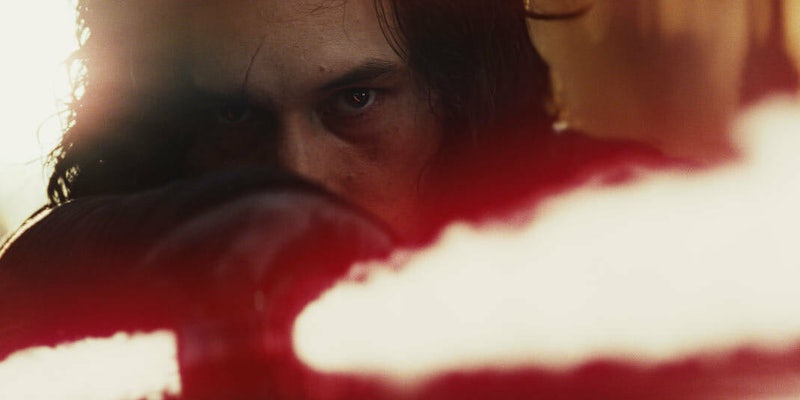 Your eyes weren’t imagining it.

With the debut of a new Star Wars trailer, fans will dissect every frame to find out even more hidden within it, and The Last Jedi was no different. But now one big change revealed in the Last Jedi teaser led to director Rian Johnson explaining why he made it.

The last time we saw Kylo Ren in The Force Awakens, he had a massive gash on his face after Rey’s lightsaber made contact with it. It started on his forehead, located in the center, and grew as it sloped down the right side of his face. In The Last Jedi, the scar is much less pronounced—and the angle of it moved from the center of his forehead so the line more off-center. Fans quickly noticed.

Kylo Ren's scar moved from the middle of his forehead to over his eye. Bacta is a hell of a drug! #TheLastJedi pic.twitter.com/5DuZfWc79D

It’s not surprising that Kylo Ren’s lightsaber injuries left a mark, but for a few days fans were left with questions of whether the decision to move the scar was a giant continuity error or a deliberate, aesthetic choice.

According to Johnson, it’s the latter. He explained on Twitter that he wasn’t a fan of how “goofy” it looked running down Adam Driver’s nose.

Such a Kylo Ren move.