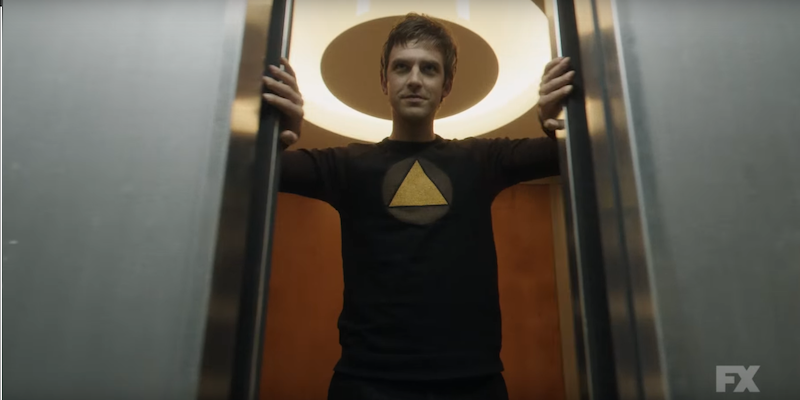 This episode was the most disturbing so far.

Dan Stevens can be straight-up terrifying. Up until now, Legion mostly required him to play David Haller in one of two states: naive and vulnerable, or unbalanced and manic during flashback scenes. Chapter 5 went in a disturbing new direction, with David rapidly gaining control over his psychic powers and then discovering he was never really in control at all.

Compared to the ambient confusion of the first few episodes, David’s sudden burst of confidence was very ominous. After using his powers to have psychic sex with Syd, he embarked on a solo mission to rescue his sister Amy from Division 3. He went from zero to 60 overnight, and wound up crashing into a wall.

D3 is what Welcome to Night Vale would refer to as “a vague yet menacing government agency,” a classic sci-fi antagonist. But Legion enjoys messing with the audience’s expectations, and this episode saw David destroy D3 without even trying. He’s now a mass murderer, depicted in a uniquely alarming way.

If you look at the individual elements of Legion‘s story so far, you could easily imagine it playing out in a more typical superhero show like Agents of S.H.I.E.L.D. David is a fish-out-of-water protagonist, pursued by government agents and saved by a team of mutant activists. Legion‘s weirdness mostly comes from its direction and production design, and Chapter 5 was a great example of both. It took a simple action scenario (David goes to D3, kills everyone, and rescues his sister) and emphasized its horror by skipping the action entirely.

Instead of seeing David save Amy, we witness the scene from the perspective of the other mutants, who arrived at a site of utter carnage. David teleported D3’s soldiers into the walls and floors, leaving corpses strewn around like gruesome sculptures. When they find the CCTV footage, they see David frolicking playfully as he kills dozens of guards, in a creepy parody of his often childish demeanor. D3 was never a match for David’s powers.

Appropriately enough for a story about the human mind, the real villain is David’s hallucination of the “yellow-eyed devil,” which may actually be a psychic parasite. The episode culminates in a seriously creepy sequence where the mutant team follows David to his childhood home, where the parasite is using David’s powers to warp reality. Everyone ends up in a mental hospital with their memories wiped, but is this actually happening in real life? Probably not. In Legion, the most important events usually take place inside David’s brain.