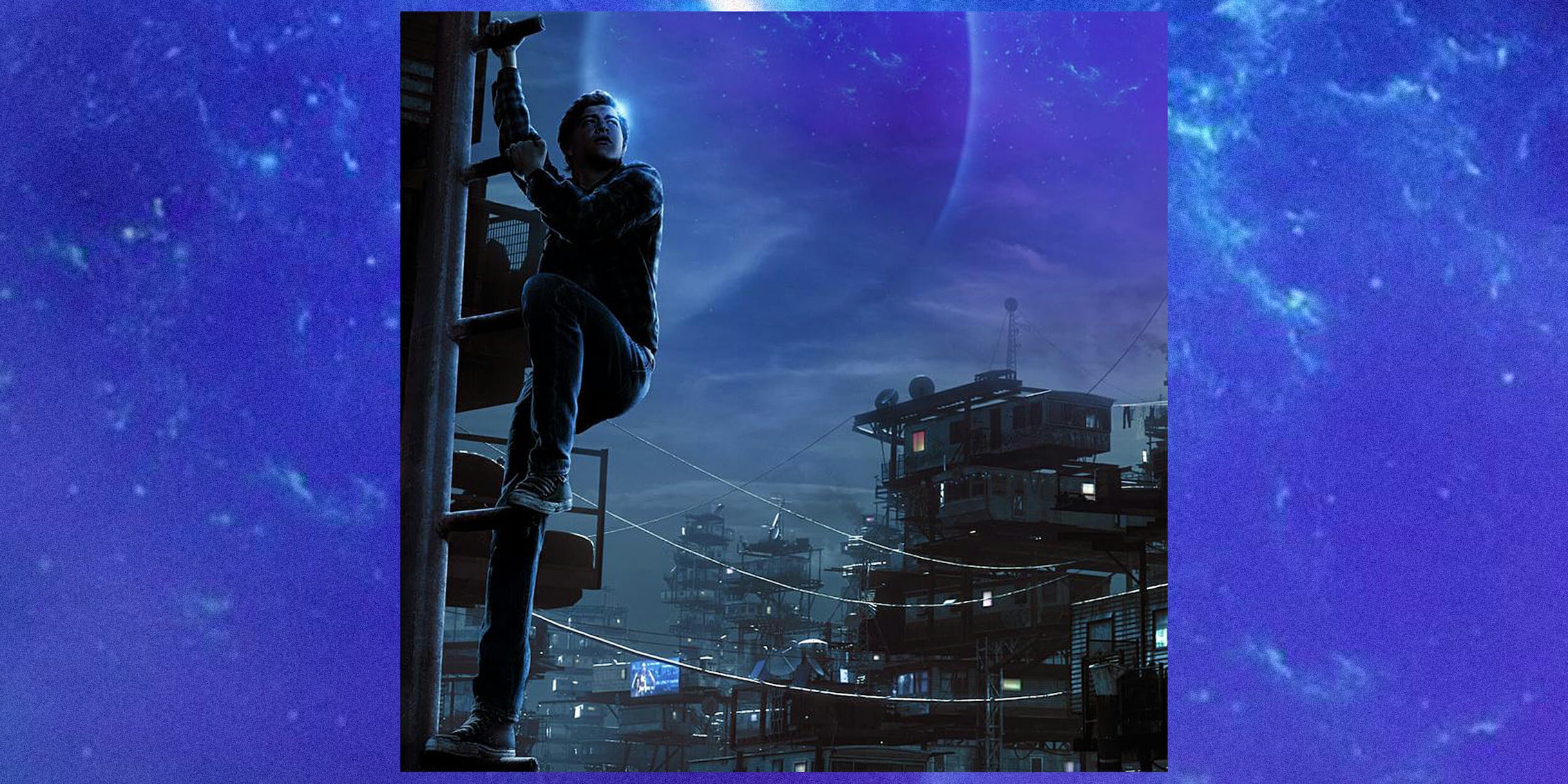 The first full trailer for Ready Player One debuted online Sunday, introducing us to a nostalgia-heavy premise with high stakes. But it’s one of the film’s looks at the real world—not its virtual one—that’s deservingly on the receiving end of mockery from viewers.

Ready Player One follows Wade Watts (Tye Sheridan), who sets off on a virtual (and global) Charlie and the Chocolate Factory-esque scavenger hunt for control of Oasis, the virtual reality system that’s one of the world’s largest commodities. With so much on the line, it becomes a fight for life and death as Wade comes across in-game and real-life threats.

We also get a good look at Wade’s life in the Stacks, which serves as the backdrop for the movie’s first poster—one that invokes the cover of Ernest Cline’s novel the movie is based on.

A better reality awaits. Tune in tomorrow at 9:45a PT for a special live stream event with @erniecline. #ReadyPlayerOne pic.twitter.com/X7M4IahKAC

At first glance, everything seems normal, and if you’re scrolling past it quickly on Twitter you might not even see anything off. But once you click to view the full poster it hits you: one of Wade’s legs is much longer than the other. Thanks to what looks like a bad Photoshop job, Wade Watts’ legs are stretched out to rest on two different spokes, which are too far apart for a normal human.

There is nothing wrong with the new Ready Player One poster.#stopbodyshaming pic.twitter.com/crbuRC8tYM

Finally time to get a leg up in this virtual world #ReadyPlayerOne pic.twitter.com/rdDVjFq40J

People have complained about that Ready Player One poster but it can be easily fixed with an inspirational tagline pic.twitter.com/CmJJnVrcaC

Someone on Twitter even attempted to fix it, making a more anatomically accurate—but perhaps less striking—poster.

Ready Player One will stroll into theaters (presumably with regular-sized legs) March 30, 2018.