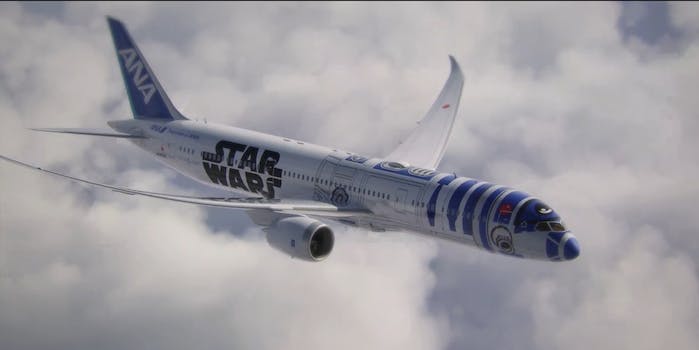 These are the planes you're looking for

To help promote Star Wars: The Force Awakens (as if it needs more promotion), All Nippon Airlines has announced that it will paint one of its Boeing 787-9 Dreamliners in the likeness of the beloved droid R2-D2. According to the Wall Street Journal, it will be the first time that a Star Wars character has appeared on the outside of a commercial aircraft.

The new R2-D2 aircraft project has its own website (complete with the iconic theme music playing as soon as you access it) and a promotional YouTube video.

Passengers can expect to see the new plane on international routes in the fall, just a few months shy of the highly anticipated film’s Christmas 2015 release.

No word yet if there is a C3PO plane or possibly a Chewbacca helicopter planned.