Pottermore arrives on Tumblr with a trick-or-treat surprise

We have no idea what these daily challenges are counting down to, but we hope it's something Fantastic Beasts-related.

JK Rowling has clearly embraced Twitter, but the latest surprise from the world of Harry Potter could be Fantastic news from another corner of the Internet.

Pottermore, Rowling’s home on the web for all things Potter, has come to Tumblr in a surprise expansion. In classic Potter style, it has arrived bearing both tricks and treats.

Pottermore apparated onto Tumblr yesterday with a fun challenge for fans of all ages—the first of what will be many “tricks” and “treats” delivered through the website during the month of October. Today’s challenge promises a special announcement to be revealed at the end of the month: 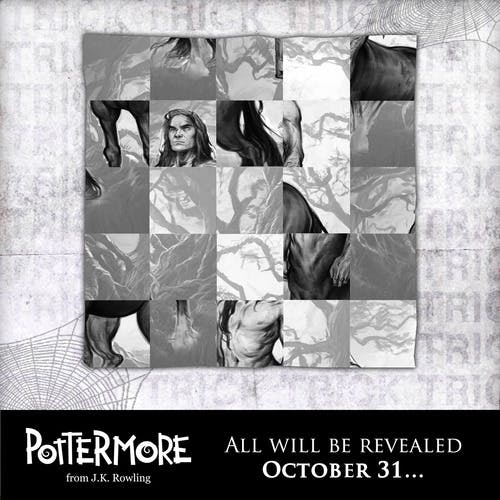 While the creature featured in the image is rather easy to guess if you’re familiar with Harry Potter or with mythology, the text in the image is tantalizing. What secret will be revealed on October 31st?

Halloween is a major date in the Potter universe—it’s the day that Harry received his famous lightning-bolt scar when his parents were killed in Lord Voldemort’s attack. The big reveal could be a new chapter at Pottermore that offers curious fans new facts about that fateful night. It could be a reveal for a new segment of the Pottermore website, which has been steadily unveiling facts about the seven books in the series one chapter at a time.

Or, if we’re really lucky, it could be a totally new fact about the upcoming Fantastic Beasts and Where to Find Them movie trilogy adaptation. So far, we know very little about the films other than their main character and setting. On Wednesday, we learned the release dates of each of the three films. Rowling recently treated us to a tantalizing insight from the screenplay, which she is writing herself; and any additional information will no doubt leave fans delighted and clamoring for more.

We even noticed an awesome easter egg in the Tumblr’s source code—or rather, an early stocking stuffer, unrelated to Harry Potter but undeniably awesome: 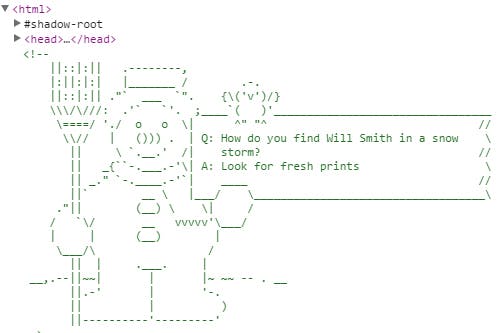 Perhaps even more exciting than the Tumblr’s promise to bedeck our dashboards alternately with tricks, treats, challenges and tidbits is the fact that Pottermore appeared on Tumblr at all.  The Pottermore website has historically been notoriously self-contained, an attempt to be a kind of all-in-one social media platform, Potterverse library, and interactive online RPG for fans.  In practice, many fans have found the site overwhelming and difficult to navigate. This year, Rowling debuted exclusive Pottermore facts about the Quidditch World Cup and the adult lives of Harry and his friends to a strongly positive reception from the fan community. Clearly, however, she has realized that even a brand as ubiquitous as Harry Potter needs to go where the fans are instead of waiting for the fans to come to it. And as all of Tumblr learned on the day the Fantastic Beasts movie was announced, the Harry Potter fandom on Tumblr is in endless supply.

So what do you think Rowling’s announcement will be? Even if it’s minor news about the Pottermore website itself, we couldn’t be happier to see the world of Potter alive and well and expanding to all the corners of the universe—both online and off.