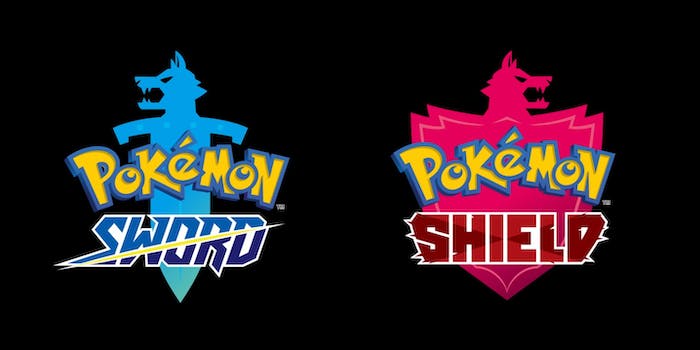 Here’s everything we know about Pokémon Sword and Shield

What is Pokémon Sword and Pokémon Shield?

Pokémon Sword and Pokémon Shield are the two new core Pokémon games coming to Nintendo Switch. These are the first core series Pokémon games to come to the platform, as Pokémon Let’s Go, Pikachu and Pokémon Let’s Go, Eevee were scaled down 3D versions of the original games that also mimicked and coordinated with some elements of the Pokémon Go mobile game. Here’s the official Nintendo Direct video that premiered footage and details of Pokémon Sword and Pokémon Shield.

As with each core Pokémon game before it, Pokémon Sword and Pokémon Shield will take place in a new region, this time called the Galar region. Players can expect a selection of new Pokémon, including new starter Pokémon that will kick off the adventure with their players.

The Galar region looks like a fairly straightforward Pokémon region. There are towns and cities, some routes that cut through wide stretches of nature (including a large lake), and even a snowy region at the northern end of the map. One particularly noteworthy location is a European-looking city that’s home to a large clocktower, much like Big Ben in London.

It looks like Pokémon Sword and Pokémon Shield will follow the typical pattern for Pokémon games. As a new trainer, you’ll go out on an adventure with one of three starter Pokémon. You’ll then travel your way across the Galar region until you presumably defeat some sort of rival, faction, or gym leaders. The Pokémon Company and Game Freak haven’t released any story details, but previous Pokémon games have begun branching out into multi-installment stories, like Pokémon Black/White and Pokémon Black/White 2. Those games told fairly compelling tales of various factions fighting to liberate or control Pokémon for their own purposes, so there’s a perfectly good chance we’ll get something a bit more involved than “go defeat all the gym leaders” in Shield and Sword.

Most notably, the gameplay has been given a significant graphical upgrade. Though previous 3DS games have seen the Pokémon series transition from 2D to 3D (with some alternate POVs as the player enters a new location), Pokémon Sword and Pokémon Shield have clearly upped the game. Players will explore a fully 3D world with various camera angles that switch from a top-down 3D perspective to 2.5D as the player explores through tighter areas like mines.

What are the new starter Pokémon in Pokémon Sword and Pokémon Shield?

As with every new core Pokémon game, there are three new Pokémon to pick from the outset of the game. One of these Pokémon will accompany you on your journey.

Scorbunny is a fire-type Pokémon that resembles a rabbit. You can see in the Nintendo Direct video that the grass he walks on catches on fire, which must be great for bringing the guy into the carpeted living room.

Sobble, a water-type lizard Pokémon, is already proving to be a fan favorite. His shy demeanor and invisibility powers are proving too cute to ignore.

There’s no exact release date for Pokémon Sword and Pokémon Shield yet, but like previous core Pokemon titles, they’ll release simultaneously in “late 2019.”